Mass Effect Latex Cosplay Is Tight, I’ll Be In My Bunk 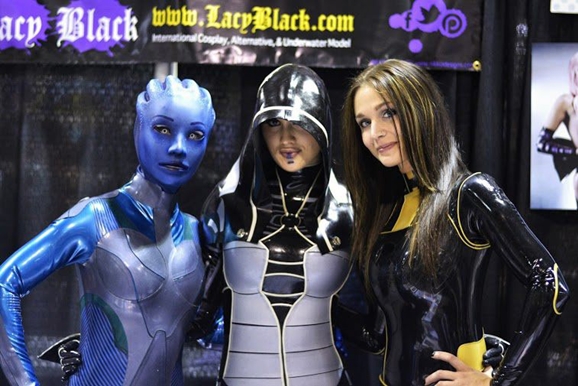 Last September we featured some amazing Mass Effect cosplay by the talented people of Anatomic-Latex.com, specifically the below jaw-dropping recreation of the E.D.I.’s rather fetching robotic body from Mass Effect 3. It’s the sort of thing that, if I didn’t know it was actually a model, I could easily believe was just a character model or concept art from the game itself. Well, Anatomic-Latex.com may have changed its name to Andromeda-Latex.com in the intervening months, but they sure as hell haven’t been idle on the creative front, nor have they moved past their love of Mass Effect, Enkindlers bless ’em. 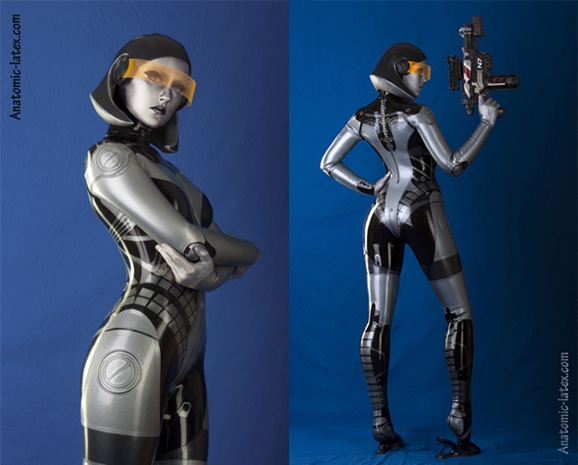 It certainly helps that the Mass Effect series has no shortage of gorgeous female characters to romance, and the fashion of ME’s future does tend toward the skintight look. Andromeda has a lot of material to work with, is what I’m suggesting. Up top, from left to right, we’ve got Liara T’Soni (voiced in games by Ali Hillis), Kasumi Goto (v. Kym Hoy), and Miranda Lawson (v. Yvonne Strahovski). And clearly the Andromeda-Latex folks aren’t above a little cross-universe fraternization.

If you were always more of a Tali fan, AL has got your back. Their “Mass Effect Fury” costume isn’t an exact recreation of any of Tali’s costumes from the games, but it’s a cool spin on the design of the Quarian engineer’s ever-present enviro-suit. 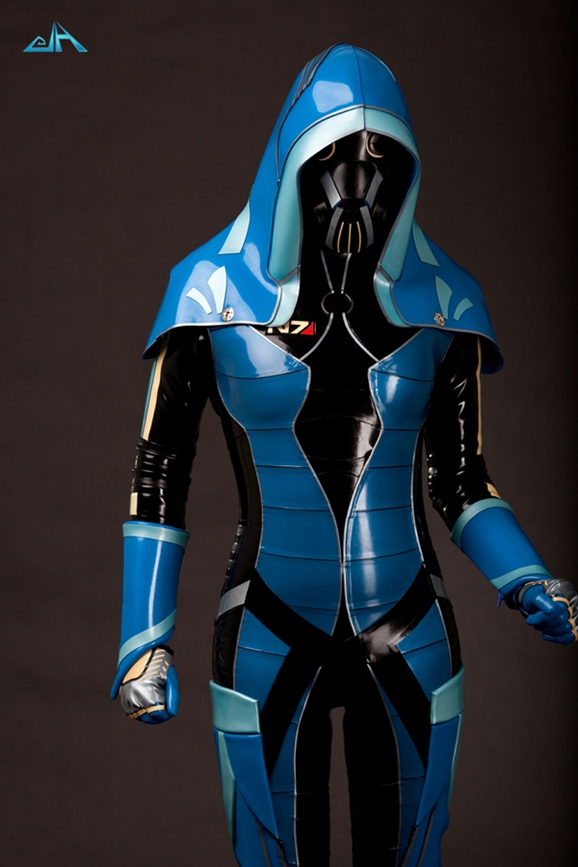 Their Mass Effect costumes even include some glow-in-the-dark elements, which are, I must admit, pretty badass. 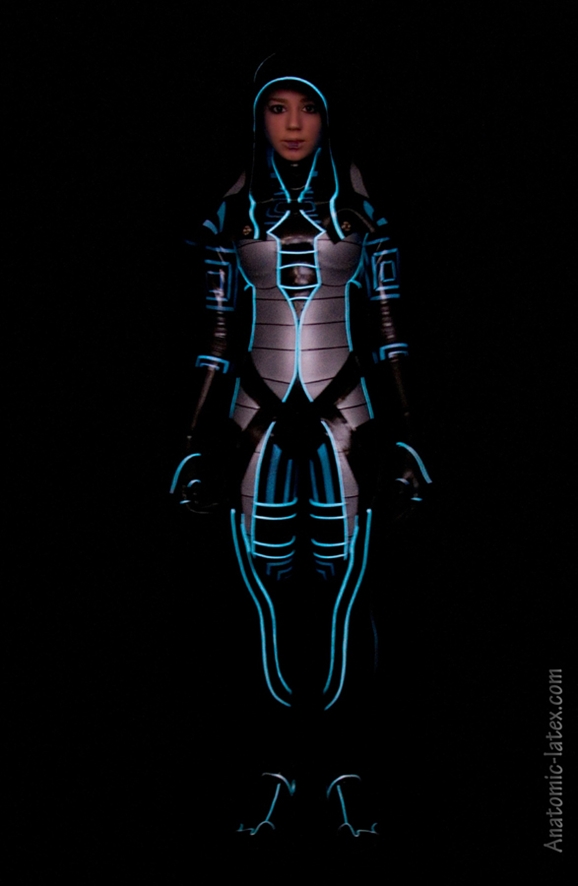 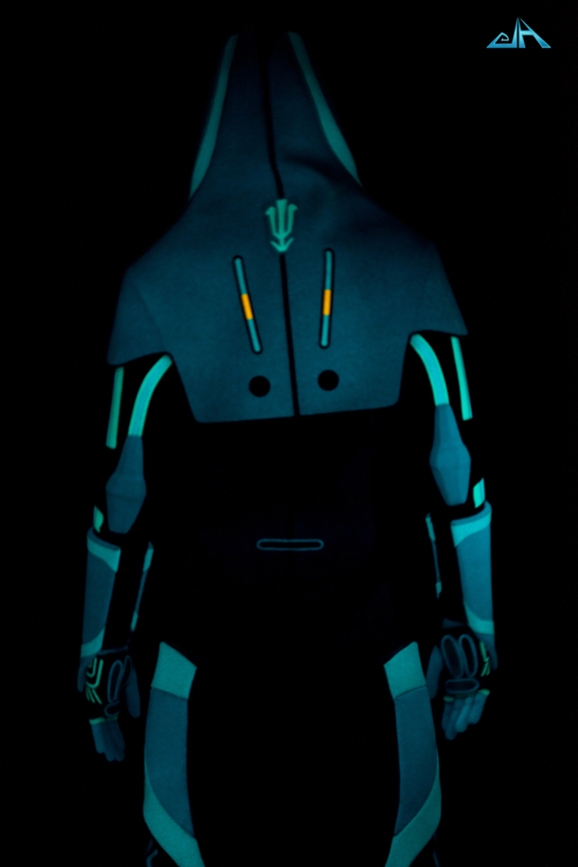 If you’re a cosplayer and you aren’t mortified at the thought of wandering around in public encased in unforgiving latex, you can hire Andromeda-Latex to custom-make you a version of any of their costumes. I don’t think any of these would look good on me, although if I had unlimited funds I might hire them to make me a “Riker when he got sucked into Armus in ‘Skin of Evil’” outfit, but I’d just use that for sitting around the house working. Don’t judge. 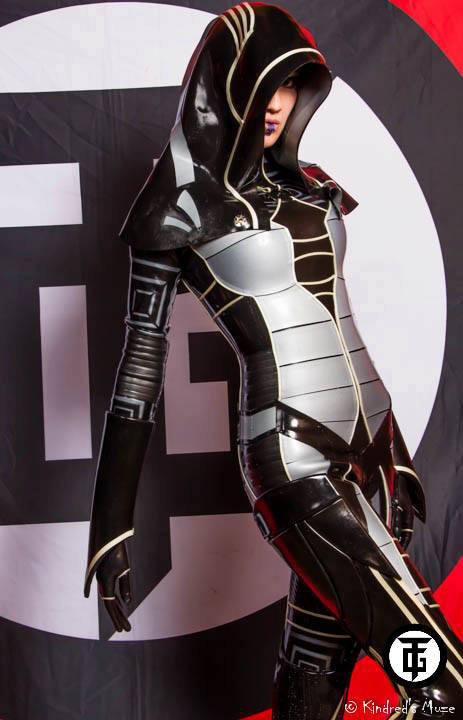 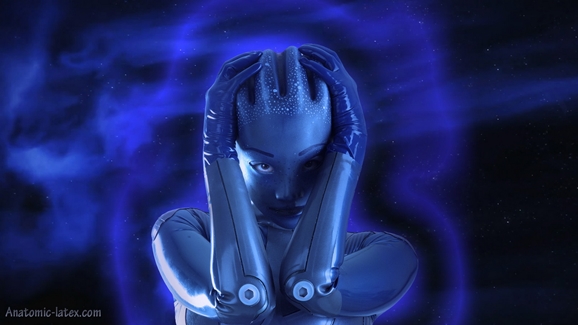 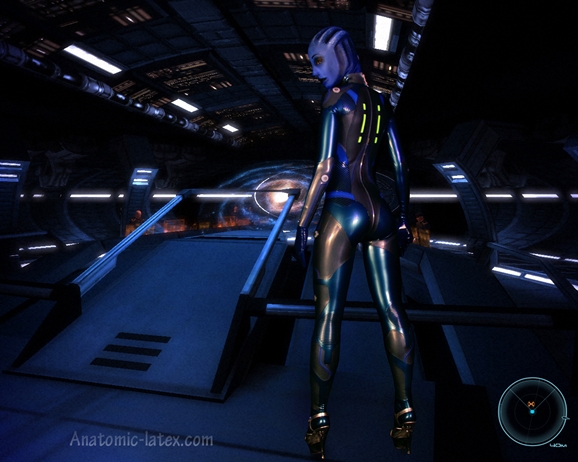 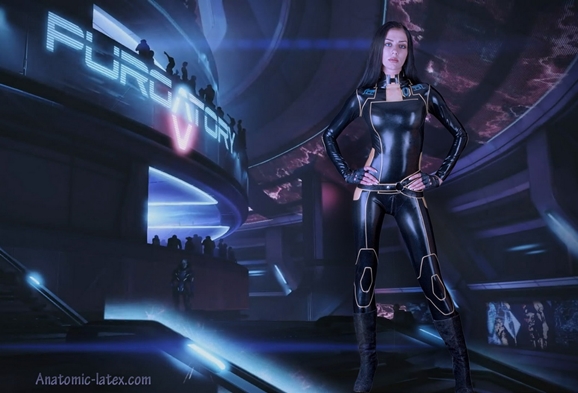