Continuum Is Coming To An End, Get The Details Here Well this sucks. Unfortunately it isn’t ever entirely unexpected when a fantastic sci-fi show is cancelled prematurely, but that doesn’t make it sting any less when it actually happens. We could run down the list of genre shows that were taken from us well before there time, but that would take too way long, and now it is one name longer, as Continuum has been cut off. The one bit of silver lining here is that it will get a final, albeit truncated season.

Deadline reports that the embattled time travel police procedural has finally been officially renewed for a fourth season, though it will only run for six episodes and be the last in the series. This isn’t an ideal situation, of course, but it’s better than having no resolution at all. In a statement, star Rachel Nichols says, “All great stories deserve an end.” Canadian channel Showcase will continue to produce the series, and Syfy will still handle the U.S. side of things, with the final episodes airing sometime next year.

Since an uneven, but still solid first season, Continuum quickly became one of the strongest sci-fi shows on television. Filmed in Vancouver, which is like a grey, overcast Hollywood outpost with better manners, the show has been in limbo for some time since the end of season three, despite decent ratings and critical support. Part of the reason so many shows film in Vancouver is for monetary concerns, but the business in the Great White North is shifting, and with an expensive show like this—lots of big sets and special effects—producers have had a tough time finding a way to make the show economically viable.

Syfy picked up the series in 2013 after the first season garnered Showcase’s highest ratings ever for an episodic show, bringing in 900,000 total viewers, 427,500 of those in the 25-54 age bracket. The show follows Kiera Cameron (Nichols), a cop from 2077 who is accidentally transported to the past with a group of futuristic terrorists, landing in present day Vancouver. Once there, she has to stop the bad guys from wreaking all kinds of havoc and changing the future, as well as find a way back to her own time and the family she left behind. The cast also includes Victor Webster, Erik Knudsen, Stephen Lobo, Roger Cross, Lexa Doig, Omari Newton, and more.

This is bad news for fans, but again, at least there will be some closure and this won’t be another situation where a show just stops and leaves us in the lurch. And as sad as it is, this is hardly shocking, as the writing has been on the wall for a while. Unfortunately at this point, any time a sci-fi show struggles, we can be fairly certain that it will be cancelled shortly after. 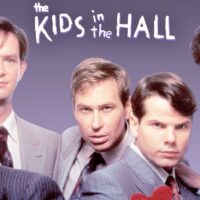