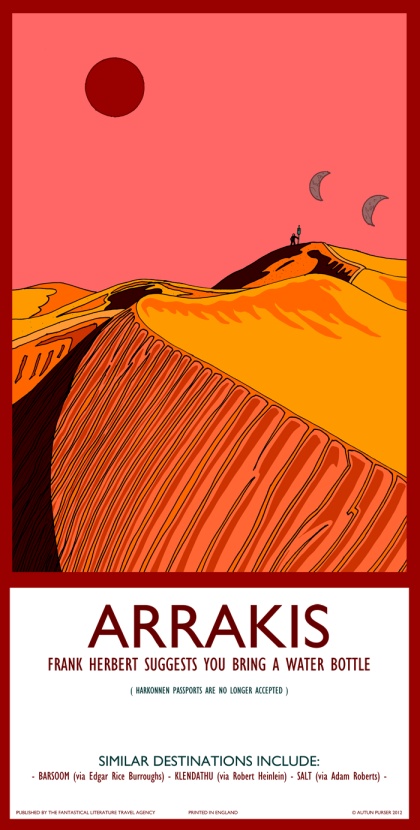 One of the things that’s so appealing about science fiction is the idea of visiting and exploring, to borrow a phrase, “strange new worlds” unlike our own. Even within our own small solar system, the diversity of planets is enough to make any space junkie long for a personal spacecraft and a personal grand tour of the cosmos. Sadly, most of us probably won’t live to see that kind of readily accessible space travel, so in the meantime we’ll just have to make do with our imagination…plus these snazzy science fiction travel posters from artist Autun Purser.

We’ve seen this sort of thing done before, but there are several details in Purser’s work that I really like. Listing the writer who created the world in question as the “ticket provider” is clever, but
I really like the little touches, like in the below poster for Stanislaw Lem’s Solaris, where the fine print notes that a return journey is “unavailable.” Strictly one-way when it comes to Solaris. 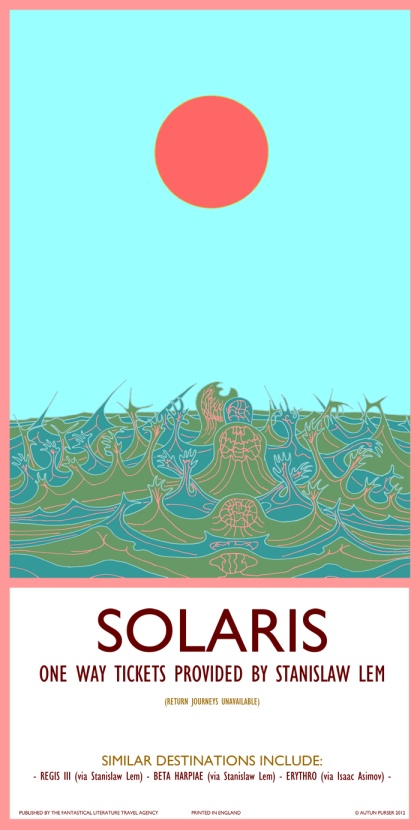 Then there’s the NSFW poster for Edgar Rice Burroughs’ Barsoom/Mars, which earns major nerd cred for showing off the Barsoomian disregard for clothing. Disney’s John Carter certainly would have gotten more attention if they’d taken that approach… 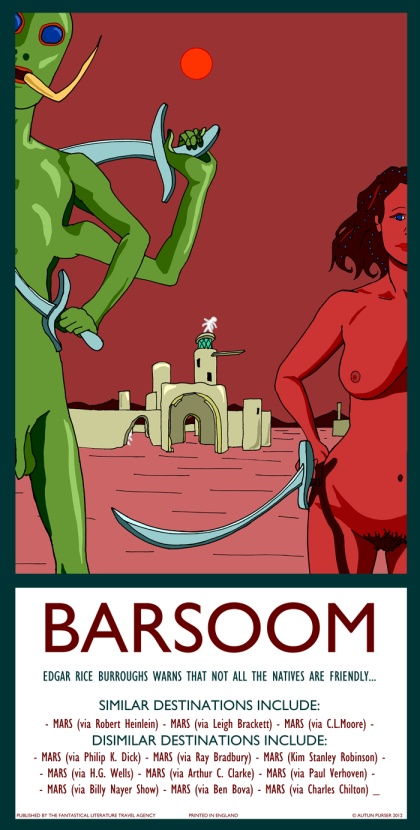 There are plenty of well-known genre classics represented in Purser’s collection, such as the lunar Monolith from Arthur C. Clarke’s 2001: A Space Odyssey, and the alien homeworld from Robert Heinlein’s Starship Troopers. 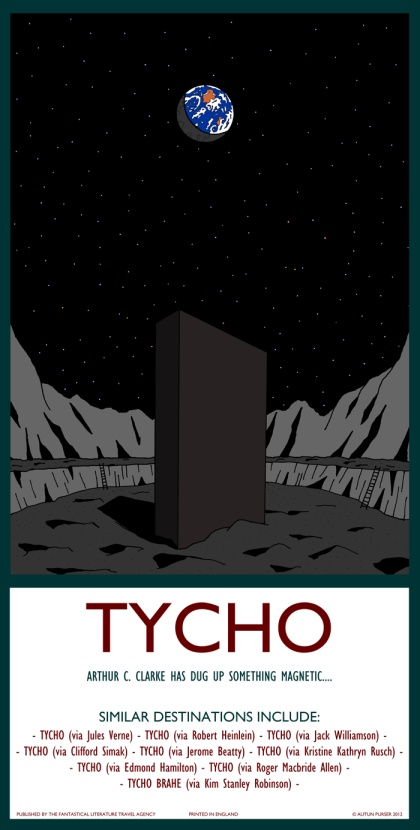 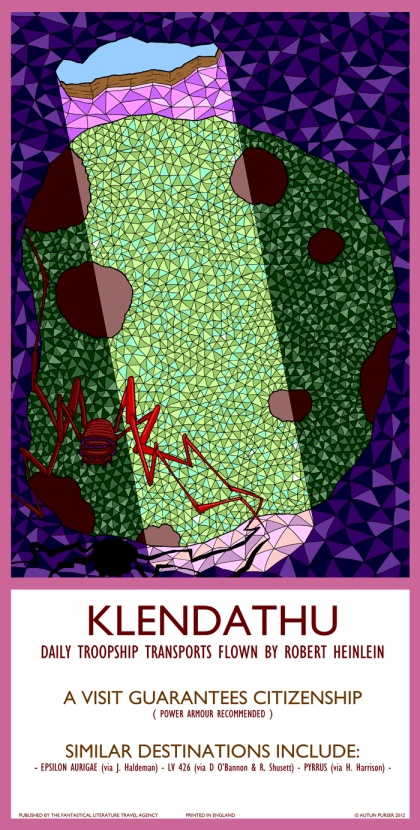 But I also have to admire the artist for not just sticking with the obvious choices. Anybody can toss together a poster for Star Wars’ Hoth or Dune’s Arrakis, but Purser dives into the deep cuts with posters for more obscure works such as Edwin Abbot’s Flatland… 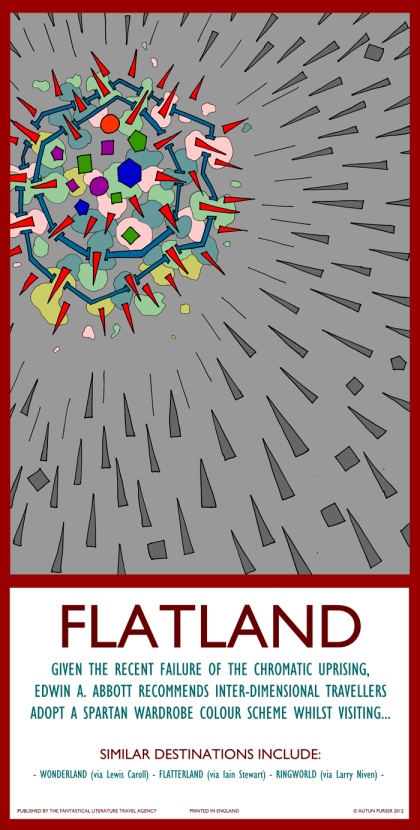 …John Wyndham’s The Day of the Triffids… 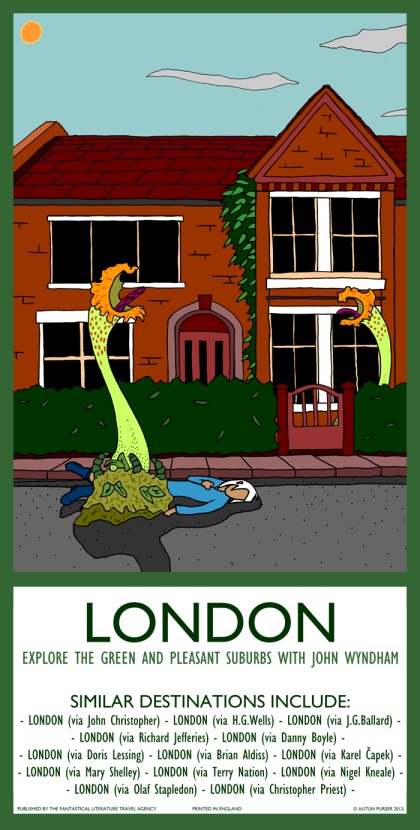 …or Alfred Bester’s outstanding The Stars My Destination. (And if you were wondering, yes, Babylon 5’s nefarious Psi-Cop is indeed named after the writer.) 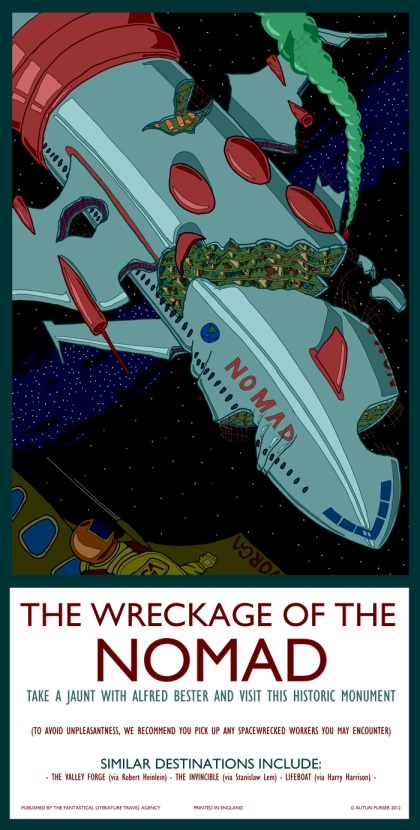 I also love that each of the posters has recommendations for “similar destinations” — other destinations from similar or related works by other writers. LeVar Burton would be proud.

You can see the rest of Purser’s sci-fi travel posters right here, and you can also order prints of them. 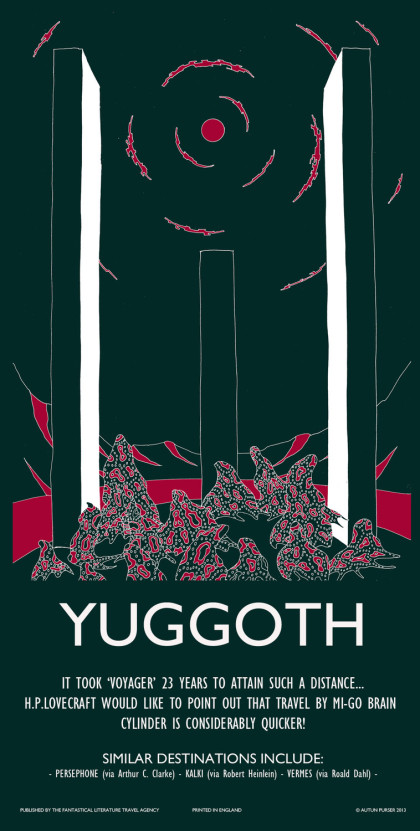 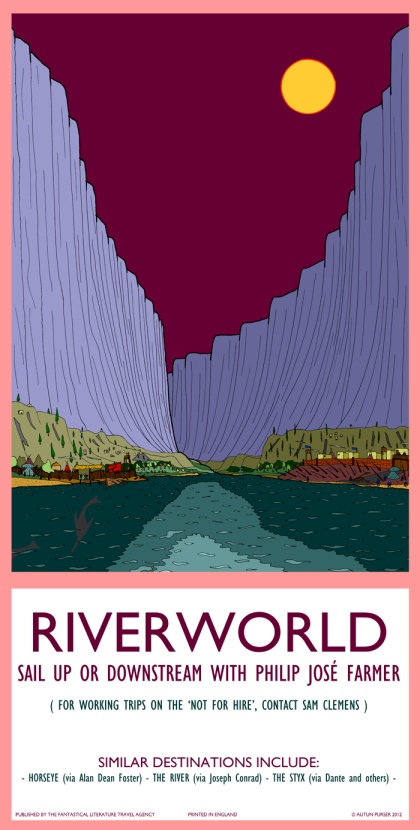 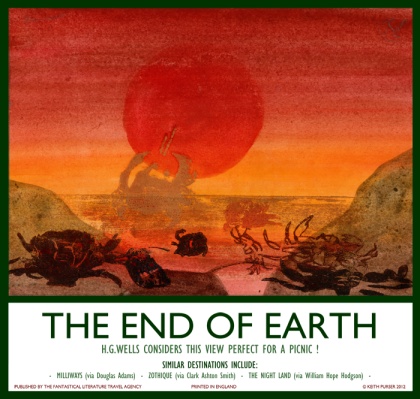