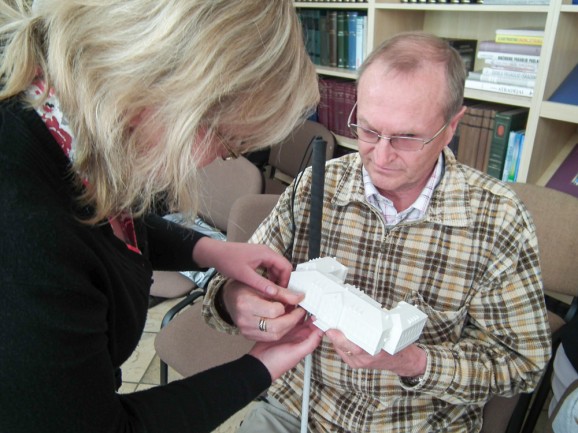 People just keep coming up with new ways to make use of 3D printing that never would have occurred to most of us. Lithuania’s Kaunas Library for the Blind is the latest entity to come up with an innovative new use of the technology: printing 3D models of notable landmarks, local buildings, and busts of famous people to give blind people a better sense of what these people and places look like.

Braille blows my mind, even more than sign language. The idea that someone’s fingers can read is paradigm shifting, and while Ray Kurzweil invented a revolutionary reading machine for the blind that converts text to speech all the way back in 1976, the machine is limited to printed words. While access to text and books is certainly huge, focusing on the page makes it easier to forget that blind people have an entirely different experience of the entire world, especially when it comes to absorbing the aesthetics of three-dimensional objects. 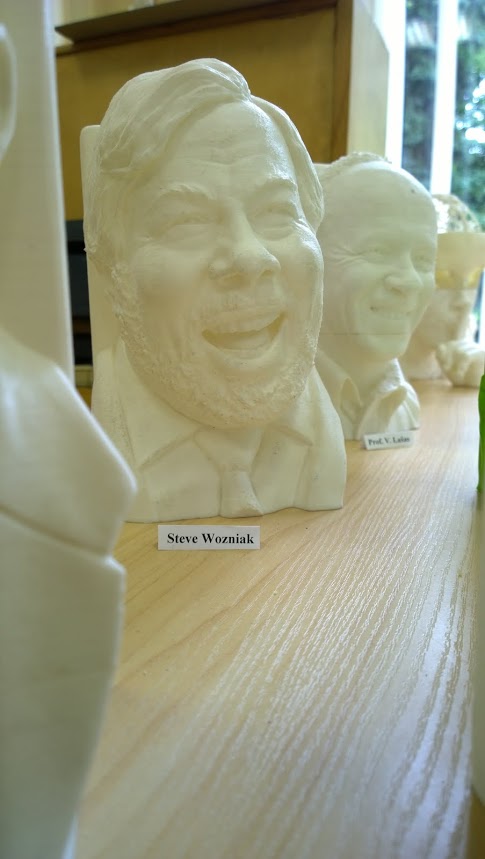 An exhibition that first displayed at the Kaunas Library, and that has now begun a tour across Lithuania, features busts of famous folks, such as Steve Wozniak, who posed for photographs on a recent visit and agreed to the availability and free distribution of his 3D-printed visage. A handful of famous Lithuanian actors and well known singers were similarly involved, and now can be seen and felt at the library. Even Lithuania’s president, Dalia Grybauskaitė, wants to get in on the project, despite the amount of equipment that has to make the trek to Lithuania’s version of the White House.

The exhibition also includes iconic landmarks, such as Reims Cathedral and the Taj Mahal. Local buildings and schools have also been 3D-printed, so residents can literally get a feel for their surroundings. The project opens up all kinds of possibilities regarding ways to make the world accessible to those with disabilities. I could see a 3D-printed version of lots of sci-fi sets and ships too—the Death Star and TARDIS spring immediately to mind. Maybe the Hollywood Sci-Fi Museum can use some of these ideas.

What (or whom) do you think should be 3D-printed next? The 3D printer below is working on a print of Han Solo in carbonite.