South Park is making the shift back to 3D in an upcoming new video game, Bloomberg reported on Saturday. ViacomCBS subsidiary MTV Entertainment Studios struck a major franchising deal with creators Trey Parker and Matt Stone that covers 14 new films, seasons at Comedy Central, and a video game developed by an in-house studio. Previous entries, notably South Park: The Stick of Truth and South Park: The Fractured but Whole, were created by Ubisoft. The last time Cartman and his friends went 3D was South Park Rally, a go kart racing game released in 1999, and first-person shooter South Park only a year prior. The deal is valued at $900 million.

The multi-million deal between ViacomCBS and South Park is regarded by analysts as the most ambitious in television history, spanning over six years of original content, produced exclusively for Paramount+. Parker and Stone are contracted to release two movies every year starting this year and work on six new seasons of South Park; the Comedy Central show was renewed up to Season 30, with last year’s pandemic specials qualifying as South Park’s most recent season. South Park episodes previously streamed exclusively on HBO Max. Unfortunately, there’s little to go on with regards to the new South Park video game. The entry is described by Parker and Stone as a “3D video game that is set in the world of South Park,” but not much more. The in-house studio in question has not been named.

Trey Parker and Matt Stone have had little success in video games until South Park: The Stick of Truth, which was released in 2014 to universal acclaim. Though heavily censored for its graphic portrayal of abortion clinics and apparent Nazi imagery, the turn-based 2D role-playing game was widely praised for its unique visual style, delightfully jaunty sense of humor, and startling accuracy to the source material. Never has a South Park game felt more distinctly South Park, and the entry was soon followed by a sequel, also by Ubisoft, entitled South Park: The Fractured but Whole, which also honored the show’s aesthetics. The game was released three years later in 2017, opening to mostly positive reviews. The combat system received a much-awaited boost, but critics disliked the script’s propensity for toilet humor. Nevertheless, The Fractured but Whole made $160 million in digital sales the month it debuted.

South Park wasn’t originally known for making the most enthralling of video games. The franchise’s first entry, simply named South Park, was a first-person shooter completely divorced from the concept of the series. The game capitalized on an element of South Park that was at most a minor character trait, and predictably failed to reach players, much less ardent fans of the shooter genre. The next South Park was Chef’s Luv Snack, a mini-game extravaganza in the style of Wario and Mario Party (sans the board game aesthetic) that only gripped us for two hours tops; it’s all downhill after. South Park Rally and South Park Let’s Go Tower Defense Play! were mildly entertaining, but lacked give. Developers could have swapped Cartman and his friends with nameless clones and it wouldn’t have felt any different.

The only good South Park game that predated The Stick of Truth and The Fractured but Whole in terms of comedic appeal, gameplay, and visuals was 2012’s Tenorman’s Revenge, a 2D platformer not unlike Megaman, Mario, and similar Metroidvania games. It wasn’t the homerun fans probably suspected, but it set the stage for The Stick of Truth to come later. In terms of creative direction, Trey Parker and Matt Stone were closely involved in the development of The Stick of Truth and stayed on as director and writer, respectively, for The Fractured but Whole. The new 3D South Park video game reportedly has Parker and Stone’s blessing as well. 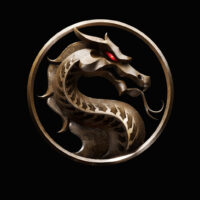