Following a recent lawsuit by a Dutch movie director against Capcom, another artist came forth with a copyright infringement lawsuit against the Resident Evil creator. However, this time we’re discussing some of Capcom’s older titles, like Resident Evil 4, and Devil May Cry, whose game files revealed the use of unlicensed material.

Friday the 5th is not commonly known as a horrific date to the general public, but it might be to Capcom, given how another artist filed a lawsuit against the Japanese games company, as reported by IGN. According to their article, artist Judy A. Juracek filed a copyright infringement lawsuit, accusing Capcom of using images from her CD-ROM book Surfaces in several high-profile video game titles, including Resident Evil.

The artist’s lawyers ask for up to $12 million in damages and $2,500 to $25,000 for each photograph used in their gaming titles, under the pretext of false copyright management and removal of copyright management. This is a big hit for the Resident Evil creators. And Capcom wasn’t lazy – the company used over 80 pictures from her Surfaces collection. If the court decides the 80 pictures were only worth $2,500, on the low end of their range, that would be $200,000 in payment due to the artist. If they decided her images were worth $25,000, that’s $2 million.

Surfaces is a collection of 1,200 photographs of textures, photographed by Juracek herself and published and copyrighted in 1996. The photographic material contained in the book may be used for personal projects free of charge and without licensing, but any commercial use would require Juracek’s approval and a licensing fee. And therein precisely lies the issue – Capcom allegedly never contacted Juracek for a license to the images in her photographic compendium, despite using her material in almost 100 instances throughout their most-prominent titles, including Resident Evil.

Resident Evil 4‘s logo, the iconic number four with a shattered glass-like texture, is, in fact, a photograph of a shattered glass Juracek took in Italy. Admittedly, the game’s titular number does feature, not to say the very same, but incredibly similar texture. And that’s not an isolated occurrence. Several designs throughout Resident Evil 4 originate from Juracek’s Surfaces CD-ROM book, some of which were her’s exclusively and unobtainable by the general public. Sure, we could argue that Capcom saw Surfaces and sent their photographs to make similar photos and avoid copyright infringement, but that’s a really far-fetched argument.

Especially when Juricek’s information came directly from Capcom’s leaked game files, following the company’s recent data breach due to a ransomware attack – compromising the data of up to 400,000 of its customers. The evidence of Capcom’s plagiaristic deeds came directly from their own stolen data, which included high-resolution images of artwork used in Resident Evil and other games, including the photos from Juricek’s Surfaces CD, with the very same filenames.

This isn’t the first time Capcom has been caught red-handed. Just last month, Dutch movie director Richard Raaphorst filed a lawsuit against Capcom for stealing some of his designs and incorporating them into their newly-released Resident Evil: Village title. Yet again, without authorization. With two copyright infringement lawsuits aimed at Capcom, we must confess that there’s a pattern emerging in Capcom’s game development. Capcom’s representatives said that the company is aware of the lawsuits on several occasions but has denied any further comment at this time. 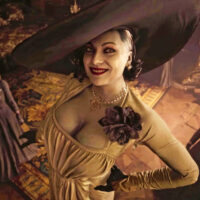 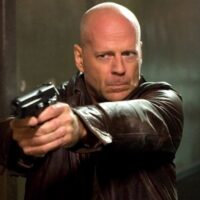 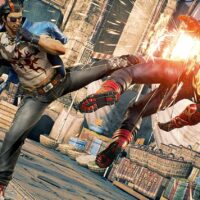