Yesterday, we reported that according to entertainment blog The Vulcan Reporter, Capone and Mad Max: Fury Road actor Tom Hardy has been cast as the next James Bond. Even though this news seems like hopeful speculation, it hasn’t taken long for fans of 007 to start imagining what Tom Hardy’s Bond could look like.

Instagram artist and art director bosslogic shared on his account his own concept for Tom Hardy as 007. In his post, bosslogic states that his take is a remixed version of the original John Wick poster.

To be fair, bosslogic is covering his bases as well. The same day he posted his version of Tom Hardy as Bond, he also created two posters of Henry Cavill and Idris Elba as potential Bonds. Tom Hardy has commented on the possibility of playing Bond in a Daily Beast article from 2017, in which he stated, “I can’t possibly comment on that one! If I mention it, it’s gone.” Both Cavill and Elba have discussed eventually taking over as the infamous MI6 agent.

In an interview with Men’s Health earlier this year, Cavill discussed the rumors: “With the whole Bond process, I screen-tested many, many moons ago and it was, as far as I know, down to Daniel and myself and maybe – maybe one other.” So if he was interested in the role then, would he still be interested in it now? “I think Daniel – sorry, Mr. Craig – has done an incredible job of being Bond. And if it is indeed his last one, then the playing field is open. There are no conversations just yet, but we’ll see what happens. It would be a great, fun role to play.”

Elba has also been a fan favorite for the role of Bond. The celebrated actor has mentioned many times he’s onboard for becoming the first Black actor as 007. In an interview from 2015 with The Hollywood Reporter, Elba said it was Bond himself who started the rumor of his casting as the next Bond. “Daniel Craig actually set the rumor off. About four years ago he said Idris Elba would be a great Bond and then it started to creep. I blame Daniel.” Elba also said of his casting, “If there was ever any chance of me getting Bond, it’s gone.”

Maybe the most intriguing aspect of the never-ending Bond casting rumors is the assumption that Bond will be played by a known actor. Most of the past actors who have taken up the Bond mantle were relatively unknown, or up-and-comers just starting to make a name for themselves. At the time of his casting as Bond, Craig had supporting roles in such major films as Munich and Road to Perdition, but he wasn’t a household name the way Tom Hardy is now. Having the star of Venom and Dunkirk as the successor to the role would be a major change from what the Bond franchise has done thus far.

The Vulcan Reporter stated that the announcement of Tom Hardy as the next Bond would likely occur in early 2021, and it would be quite unlikely for the new Bond to be unveiled before the scheduled release of No Time to Die on November 20th. As of right now, the only scheduled project Tom Hardy has coming up is Venom: Let There Be Carnage, which is already in post-production and is currently planned for a June 25, 2021 release. 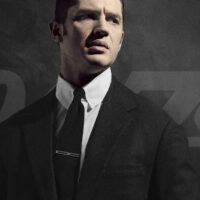 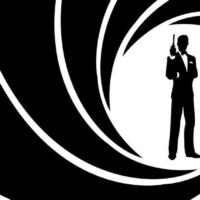