When it was announced that DC and Warner Brothers were once again rebooting its most popular character, Batman, speculation went wild with who would be portraying him. Would Ben Affleck be back as the caped crusader? He had recently tied Christian Bale for the most performances as Batman and had been in talks to write and direct a stand-alone movie. Speculation went even crazier when Affleck said he would not be taking on the role of writer/director for the movie being titled The Batman.

When Warner Brothers brought in Matt Reeves (War For The Planet of the Apes, Cloverfield) the idea of Affleck returning to the character for the fourth time was quickly squashed. Reeves’ vision on the reboot is to bring in a younger Batman. And he did. So let’s take a look at this new movie, its cast and what direction Reeves’ The Batman may go.

Let’s go back before we move forward. Bob Kane’s Batman has seen many forms over the years since his creation. It had been a serial in the ‘40s, an Adam West-led TV series in the ‘60s, and then marvelously brought to the big screen in the ‘80s by Tim Burton, with Michael Keaton as Bruce Wayne.

Since Keaton’s version, many actors have worn the cowl. Val Kilmer, George Clooney, Christian Bale and most recently Ben Affleck, have received their fair share of good and bad reviews under the mask. So when Reeves announced his new Batman, it was understandably met with skepticism.

Robert Pattinson was Reeve’s choice. Yes, that Robert Pattinson of the Twilight series. Pattinson’s résumé is eclectic and other than Twilight, his films have leaned more toward small, independent movies. When he was formally considered for the part his competition boiled down to one other person: Nicholas Hoult (X-Men movies). Reeves ultimately chose Pattinson as he had a certain look Reeves wanted. With Reeves satisfied, it will remain to be seen how the public responds to the new Caped Crusader.

THE MAN IN CHARGE OF BRUCE

USC alum and childhood pal to J.J. Abrams, Matt Reeves, was tapped to bring Batman into the new decade after Ben Affleck ultimately walked away from the project. Known for his directorial work on Cloverfield and two Planet of the Apes movies, Reeves is said to be bringing a different take on Batman than we have seen in the past.

Also known as a writer, Reeves will be handling those duties as well for The Batman, which is said to focus more on Batman’s detective skills than we’ve seen in the past.

Once Affleck walked away from The Batman, it opened up everything for Reeves in terms of story telling and where he wanted Batman to be. This was one of the reasons Reeves went younger in casting Bruce Wayne. So the story Affleck had offered was scrapped and Reeves took it in a completely different direction.

Reeves seems bent on telling Bruce Wayne’s tale from a detective point of view, rather than a superhero point of view, something fans have not seen before. Reeves told The Hollywood Reporter (THR), “It’s very much a point of view-driven, noir Batman tale. It’s told very squarely on his shoulders, and I hope it’s going to be a story that will be thrilling but also emotional. It’s more Batman in his detective mode than we’ve seen in the films. The comics have a history of that. He’s supposed to be the world’s greatest detective, and that’s not necessarily been a part of what the movies have been. I’d love this to be one where when we go on that journey of tracking down the criminals and trying to solve a crime, it’s going to allow his character to have an arc so that he can go through a transformation.”

How much detecting will ultimately be in the final product? With the recent cast announcement, Reeves seems to be living up to another statement he made when he also told THR, “There will be a Rogues Gallery.” Thankfully, though, it doesn’t appear that The Batman will be an origin story.

We all know that Pattinson will be wearing the cowl, but who will follow? Who is the “Rogues Gallery” Reeves has been talking about? Slowly but surely names and who they will portray have been released. Reeves seems to be living up to his word.

ZoOne of the first names to come out, Kravitz has been chosen by Reeves to portray Selina Kyle aka Catwoman, a character she voiced in the Lego Batman Movie.

Another one of Reeves’s first announced names, Jeffrey Wright (Westworld, Shaft) is on board as Commissioner Gordon.

Andy Serkis – This hiring may come as no surprise. Andy Serkis has previously worked with Reeves on his Planet of the Apes movies as Serkis was the main ape, Caesar. This time around, Serkis will be seen without his Ape makeup since he is on board as Bruce Wayne’s faithful butler, Alfred Pennyworth.

It will be interesting to see how Dano (There Will Be Blood, Swiss Army Man) tackles the role of Edward Nashton/The Riddler. A few actors have taken on the role in the past, most notably Jim Carrey. Chances are Dano won’t be as over-the-top as Carrey. Jonah Hill (Moneyball, Superbad) was first approached for this role but for unknown reasons decided to pass on it.

Farrell (Dumbo, Total Recall) steps into the role of Oswald Cobblepot/Penguin. This role is notable in the fact that Josh Gad (Frozen, 1600 Penn) was lobbying hard for the part that eventually Farrell was chosen for. This is not Farrell’s first foray into the comic book realm as he played the villain Bullseye in the 2003 movie Daredevil, which happened to star former Batman Ben Affleck as the lead character.

Farrell has apparently packed on the pounds to play the portly Penguin. Photos snapped by fans show him looking uncharacteristically large…

The white hair is also likely part of his Penguin look.

Reeves brought on Sarsgaard (The Looming Tower, Jackie) for an unnamed role though speculation has Sarsgaard suiting up as Harvey Dent/Two-face.

Reeves brought on little known actress Jayme Lawson in another unnamed role. The speculation here is that her character will be the daughter of Commissioner Gordon, Barbara Gordon, who eventually becomes Batgirl. This character, after a brutal run-in with The Joker, turns into The Oracle.

THE NEXT BATMAN’S RELEASE DATE

Warner Brothers has penciled in The Batman (not the official title as of yet) for a June 25, 2021 release. Of course, things can change between now and then but look toward that summer as the new Batman makes his way to the big screen.

With its impressive cast, this new Batman is shaping up quite nicely. Interesting will be the take Reeves has spoken about. Leaning on Batman as the World’s Greatest Detective, it remains to be seen what kind of balance Reeves will strike when it comes to the action that fans have come to expect from the Caped Crusader. 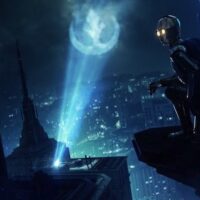 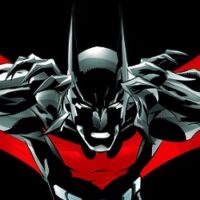 Batman Beyond Movie Probably Won’t Happen, But Here’s A Rumor About It 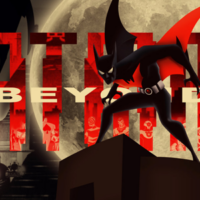