The movie adaptation of the hit video game Metal Gear Solid has found itself in development hell for the better part of 14 years. But with the recent announcement that Oscar Isaac has been cast as the iconic character Solid Snake, the Metal Gear Solid movie may have finally become a reality.

Metal Gear Solid has been in the works for 14 years. Creator of the Metal Gear series Hideo Kojima himself had first announced a movie adaptation of his video game way back in 2006. There were even some big names rumored with Christian Bale supposedly being considered to take on the Solid Snake role. But by 2010, the project was dead in the water. Now, it looks like Sony Pictures Entertainment, along with Columbia Pictures, has saved Kojima’s vision, with the production already casting their choice for the game’s hero.

From the looks of it, Oscar Isaac pretty much cast himself as Solid Snake. Isaac recently starred as Poe Dameron, the Resistance fighter in Star Wars latest trilogy, and will play Duke Leto Atreides in the upcoming remake of Frank Herbert’s Dune. You can actually see him tossing his hat in the ring below. The interview, which was conducted during the press tour for his Netflix film Triple Frontier, shows Isaac giving a two-word answer when asked who he’d play in the Metal Gear Solid movie. “Snake, man,” was his incredulous answer.

This is a big get for Sony as Oscar Isaac is becoming one of the more sought-after actors in Hollywood. On top of all his Star Wars action, Isaac will be seen in the upcoming The Card Counter, Big Gold Brick, Scenes From a Marriage, Armageddon Time, and as Marc Spector in Marvel’s upcoming Moon Knight on the Disney+ streaming platform.

Oscar Isaac is also attached to star in the Barry Levinson directed feature Francis And The Godfather, which has Isaac starring as director Francis Ford Coppola and Jake Gyllenhaal as producer Robert Evans, telling the story of the legendary battles between the director and producer as they were making the classic gangster film, 1972s The Godfather.

The Kings of Summer and Kong: Skull Island director Jordan Vogt-Roberts has been hired for Metal Gear Solid. Vogt-Roberts has also directed several episodes of the FX series You’re the Worst, as well as the Comedy Central stand-up series Mash Up, and Nick Offerman’s stand-up special, American Ham. Even Kojima was quoted saying of Vogt-Roberts, “I’m convinced that no one but him can direct “METAL GEAR SOLID.”

Vogt-Roberts will direct from a script written by Derek Connolly, who has made his name with his scripts for Jurassic World and Jurassic World: Fallen Kingdom. Connolly’s script is just the latest for Metal Gear Solid. The original script was written by Jay Basu but it is unsure if Connolly is doing a brush-up, a partial re-write, or a page one new script. Connolly could be considered a great choice to bring this movie to the screen with his proven ability to maneuver the pen with great results for his Jurassic World blockbusters.

It also helps that Connolly has an already established working relationship with Vogt-Roberts as Connolly wrote the script for Kong: Skull Island. It also should be noted that Connolly co-wrote the original draft of Star Wars: The Rise of Skywalker with director Colin Trevorrow before the director was kicked off the movie and Connolly’s script was rewritten by J.J Abrams. Maybe they should have kept Connolly’s script, though he did keep a “story by” credit.

It is quite possible that Oscar Isaac’s busy schedule will dictate when the Metal Gear Solid movie begins production. That plus the added fear of the COVID uprising which may again find certain productions either shut down or not even begin until the rise falls.

Clearly, this early into pre-production, there are no other actors attached to the movie. But with Isaac now on board, we can expect other names to start to drop. The question now is if Vogt-Roberts can deliver a product worthy of the Metal Gear Solid name. There are high expectations with this movie as so many video game adaptations have failed miserably at the box office. But with Connolly’s known ability to deliver a good script, and Isaac officially on board, the upside is looking up.

Metal Gear Solid, the stealth video game, was created by Hideo Kojima and comes after Metal Gear and Metal Gear 2: Solid Snake, which Kojima also had a hand in creating. This particular game had Solid Snake return to infiltrate a nuclear weapons facility in hopes to neutralize FOXHOUND from their terroristic threat. There are also hostages that Snake must rescue while also stopping FOXHOUND from launching their nuclear strike. When players become Solid Snake, they must manipulate Snake throughout the nuclear facility undetected as he completes his missions. If he enters an enemy’s field of vision, he must then hide during evasion mode and remain there until infiltration mode begins again. Of course, there is also a battle mode where players fight with the enemies.

When the game dropped, it sold seven million copies around the world and has been regarded by PC Gamer as one of the greatest and most important video games of all time. So, even though video games to feature film adaptations have been hit and miss with many landing on the miss side, it is easy to see why the games developers would want to see Metal Gear Solid attempt a jump to feature film production. 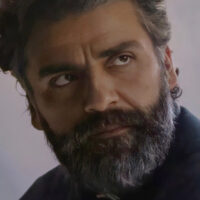