Al Pacino is a legendary actor, especially for his role in films like The Godfather. However, one of his co-stars in The Godfather revealed he was not wanted for the film.

There have been some perfectly casted roles in cinema, that would see odd if anyone was ever placed in that role. One of those roles happens to Michael Corleone in The Godfather, who was expertly portrayed by legendary actor, Al Pacino. We don’t think anyone else would have been able to deliver the infamous line, “I know it was you, Fredo” better than Pacino. Well, according to a recent interview with Diane Keaton, she explained that after Pacino’s audition, nobody wanted him to be in The Godfather. According to Keaton, “Nobody wanted Al Pacino. They didn’t want him to play that part, and I had already been cast.”

That is quite strange that Al Pacino was widely unwanted in one of his most famous roles. Again, there is no one else that would have had the same impact as Pacino in that role. Excluding the third film, seeing Pacino turn from the war hero Mike Corleone into mob boss Michael Corleone was amazing. That is what made The Godfather so special. Keaton added, “I had been cast before Al Pacino in Godfather! Is this not weird?!” Diane Keaton played the role of Kay Adams. Adams would go on to marry Michael and have a torrid relationship with the man. Not casting Pacino would have been super weird, as the man was the driving force for the film. Apart from Marlon Brando as Vito Corleone and Robert De Niro as the younger version of Vito, Pacino was one of the most important actors that made the franchise what it is.

We are not more than curious to know what it was about Al Pacino that made everyone not want to see him star as Michael Corleone. From his performance alone, you can tell that he was tailor-made for the role. That fact was further proven by Pacino receiving an Academy Award nomination for Best Supporting Actor. James Caan and Robert Duvall were also up for the same role and the same movie. It’s crazy to think that three men were nominated for the same film. All three would lose to Joel Grey for his performance in Cabaret.

Al Pacino has been criticized plenty in his career, though that has not stopped the man from becoming one of the most important actors in cinema history. Pacino was destroyed by critics for his portrayal of Tony Montana in Scarface, but that film would go on to become one of the biggest cult classic entries in history. However, if the role had gone to anyone else, it wouldn’t have been the same. That is his impact as an actor.

We are glad that Al Pacino was cast as Michael Corleone, as The Godfather became the benchmark film for plenty of other directors to be inspired by the film. Without The Godfather and Francis Ford Coppola decided to stick with Pacino, we may have never ended up with Goodfellas and Martin Scorsese. The Sopranos, Once Upon a Time In America, Casino, and A Bronx Tale all followed The Godfather. The list of mob films that copied The Godfather goes on. Pacino was one the best examples to showcase the downfall of a once “good” person too. 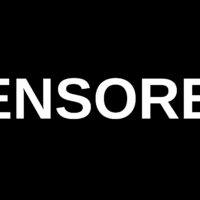 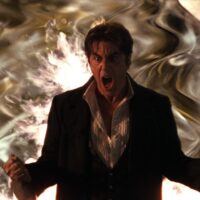 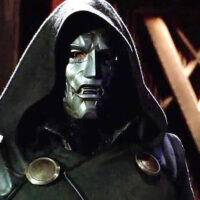 Doctor Doom Gets His Own Series