Margot Robbie’s performance as Harley Quinn in The Suicide Squad movies and Birds of Prey breathed new life into an already widely beloved comic book character and transformed her into an iconic film anti-hero. While fans cannot expect to see Margot Robbie reprise the role anytime in the immediate future, they can expect to see her in a new Wes Anderson movie where she will star alongside Hollywood legend Tom Hanks. The Hollywood Reporter just revealed that Margot Robbie has officially hopped on board the project.

Currently, however, details surrounding the untitled new film are very limited. Apart from Margot Robbie and Tom Hanks, the rest of the main cast will be rounded out by an impressive handful of A-list actors. Adrian Brody, Bill Murray, and Tilda Swinton are also confirmed to be starring in the upcoming feature.

Additionally, while we know that Margot Robbie will be headed to Spain in late August to start shooting the movie, any information about the plot is being kept tightly under wraps, the fact that it is attached to a highly-acclaimed director, Wes Anderson, could indicate a possible style for the film. The LA Times has described Anderson’s directing approach as one with “…symmetry, eccentricity and distinctive visual and narrative styles…” which fans have seen come to fruition in features such as Royal Tenenbaum’s and the Grand Budapest Hotel. However, outside of speculating that this film could mimic the format of Anderson’s other successes, nothing definitive has been officially announced.

Apart from her being cast in Wes Anderson’s new project, Margot Robbie has also been busy with a plethora of other work. She is quickly building up her already impressive resume, and Tom Hanks isn’t the only high-profile actor that Margot Robbie will be starring alongside. According to the online publication Hypebeast at present, she is filming the movie Babylon with former Once Upon A Time in Hollywood co-star Brad Pitt, which has been described as a film that pays homage to the dawn of the studio era in 1920s Hollywood.

Giant Freakin Robot also reported that Margot Robbie, since taking a break from playing fan-favorite character Harley Quinn, is ready to reprise the role again. Fans have speculated that she could pop up in the upcoming Flash movie or possibly alongside Leslie Grace in the new Batgirl movie. However, according to IMDB it looks like we can expect to see her in Gotham City Sirens, as the project has officially been announced but a release window has yet to be determined, and any further details regarding the movie have yet to be revealed.

Overall, it looks like Margot Robbie will have a very busy schedule for the foreseeable future. She just wrapped up production on another untitled project with David O. Russell, and it was also announced that she will be working on a post-WWII movie entitled Ruin. Perhaps even more exciting than that is that fans will get to see her star as an iconic toy in Barbie. 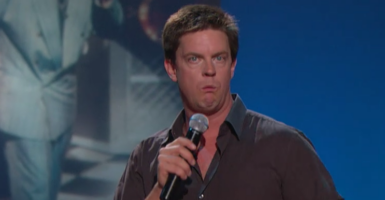