The brand-new Halo series on Paramount+ is currently up and running. While fans have divided about how they feel about the initial premiere and premise of the show, the streaming platform has already seen fit to renew the show for a second season ahead of when the premiere dropped on March 24th. Fans will have to be patient with the weekly releases to truly understand the direction that the creators are taking it. However, there are already rumblings about details concerning Halo Season 2. From release dates to weather conditions, and future plot points, here is all we know.

One of the most important elements of the Halo franchise is the threat imposed by an invasion. This invasion is done by an alien race known as the Covenant. These highly advanced and brutal aliens do all they can to essentially wipe everyone off the face of the planet that they are inhabiting. That was the case for most of the Halo video games and based on trailers, it seems like it is the case for the Halo series as well. However, there were also some hints to the Flood making an appearance. The final trailer that premiered before the show’s release date alluded to this even worst enemy appearing. The premise of this show sees Doctor Hasley creating super soldiers that are known as Spartans. These Spartans are led by none other than Master Chief and are humanity’s hope in stopping the invasion of the Covenant. Halo Season 2 could see more of the Covenant being taken over by the Flood.

Where there is a doctor, there is usually a lab. Where there is a lab, there are usually experiments. Where there are experiments, there is usually something more sinister going on behind the scenes. While the trailer showed to be a scientist or doctor in a lab coat walking by what appeared to be a growth of sorts. This growth could be the Flood making its appearance, presumably at the end of the first season. This could mean the stakes and element of war are heightened in Halo Season 2. However, the focal point of this new series is to focus on Master Chief. While the game’s primary focus was to keep the Chief mysterious in nature, the Paramount+ series wants to show the audience why he is the way he is. That also seems to be the main aspect of the upcoming second season.

The Halo series is meant to show that humanity is truly about to be extinct, and why it was necessary to create super soldiers to protect the world. This same plotline worked for Captain America, so it should work for Master Chief. He is kind of like the Captain America of the video game world. However, war needs to be elevated much higher in the upcoming Halo Season 2. There can’t just be the covenant, so maybe that is why the Flood would appear so quickly.

Master Chief Does A Sad

One of these most divisive elements from the Halo series is that Master Chief is going to remove his helmet. That is allegedly going to happen a lot. Though Pablo Schreiber is a fantastic actor, taking off the protagonist’s helmet is nearly blasphemy to the game’s fans. This has been one of the most talked-about decisions since the decision was announced. There are droves of fans that will not watch the show due to this event taking place. The video game series never accomplished this because part of the fun was the player taking on the role of Master Chief while in the first-person perspective. The new series is meant to dive deeper into who Master Chief is. Halo Season 2 is also set to explore that aspect even further.

Pablo Schreiber recently spoke to Collider and revealed some details about the upcoming Halo Season 2. According to the actor, “We meet a character who’s cut off from his humanity, who doesn’t have access to his emotions, who doesn’t even have memories of his childhood. It starts there and he has an interaction with an artifact that brings back some memories from his childhood. He begins the process of uncovering his own personal history.” This is interesting, but it appears as if this artifact will tell of how John Spartan essentially became Master Chief. Though he is not named as such in the show. John-117 is his designation, as he is part of the Spartan collective. This also makes a ton of sense considering there were other soldiers shown in the trailer that looked like the ODST soldiers. These soldiers are the Orbital Drop Shock Troopers. This is from the Halo spin-off game, Halo: ODST.

It appears as if Master Chief is meant to be more of an inwardly broken man at this juncture of the show, and now the audience will get to see why he is the way he is in Halo Season 2. Taking off his helmet in the first season is surely that first step, but now more exposition will be needed to uncover why he stands above the rest of the Spartans. Master Chief having a damaging childhood would make a ton of sense that leads the man to rise above the rest of his competition. Maybe some of the children or teenagers that were experimented on also didn’t survive. That’s a much darker storyline to go with, but it could happen.

While the world waits to see the remaining eight episodes of the first season of the new series, Pablo Schreiber has also claimed that Halo Season 2 is set to start filming this summer. There are apparently some weather factors to think about in relation to where they are filming, so it must happen soon. The landscape does look a bit more like a desert of sorts in the trailers, so maybe filming in the summer must happen before dust storms happen, cold weather or it gets too extremely hot. This is just speculation of course, but those could all be real factors in the second season getting going. Since the second season is set to start filming this summer, it stands to reason that we could see the premiere happen at the end of the year. With delays potentially happening though, also expect Halo Season 2 to happen sometime in early 2023. 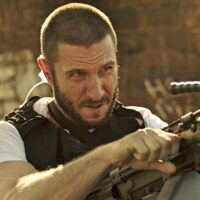 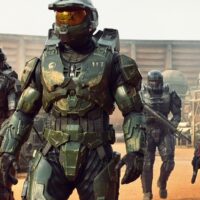