Grand Admiral Thrawn was just referenced in the latest episode of The Mandalorian. For many fans, this is one of the biggest name drops to ever happen in the Star Wars live-action universe. But many casual viewers might be a little confused at the weight of this character’s name and why his inclusion in the live-action world of Star Wars is going to be such a big deal.

He pops up for the first time in The Mandalorian as only a name. In The Mandalorian season two episode, “The Jedi”, Ahsoka Tano demands a newly taken prisoner reveal to her the location of Grand Admiral Thrawn. But Thrawn’s history extends far outside The Mandalorian universe and he’s been a part of Star Wars for decades.

Grand Admiral Thrawn was actually introduced in the 1991 novel Heir to the Empire by Timothy Zahn. He would anchor another two books, Dark Force Rising and The Last Command, and would end up becoming one of the most popular antagonists in ancillary Star Wars material. He was eventually brought into the official Star Wars canon in the third season of the animated series Star Wars Rebels.

However, when Lucasfilm rebranded all of the pre-Disney material as non-canon, many fans wondered what would happen with Grand Admiral Thrawn’s story. Thankfully, his introduction in Star Wars Rebels established a canon story for the character. Thrawn is brought into the series as the leader of the Seventh Fleet. He was recently promoted to Grand Admiral after he eliminated a rebel insurgency with no regard for civilian casualties. He is portrayed as a tactical and military genius. Timothy Zahn has said that some of his inspirations for the character include German general Erwin Rommel, Robert E. Lee, Alexander the Great, and Sherlock Holmes.

Unlike many of the antagonists we see in the Star Wars universe, Grand Admiral Thrawn has no connection to the Force or any Jedi/Sith powers. He is instead a student of war and believes that the best way to defeat his enemies is to know everything he can about them. This actually leads to Thrawn having genuine admiration for many of his foes. This extends to the philosophies and histories of the people he fights. Thrawn has a particular appreciation for art and culture as he believes they can often illuminate the psyche of his enemies.

Something else that is unique to Grand Admiral Thrawn is his hyper-competency and unflappable demeanor. Unlike the majority of Imperial officers, he is portrayed as being exceptionally adept at combat and tactics. Plus, he is rigid in his resolve and attitude. Thrawn was never known to become enraged or lose his composure in front of his officers. His cool disposition is another facet of his character that fans find incredibly magnetic.

That is another element of Grand Admiral Thrawn’s character: his ability to inspire loyalty. Timothy Zahn has said that he looked at the antagonists in the Star Wars canon and saw that they all ruled their underlings through a combination of fear and manipulation. Instead, Zahn wanted to craft a villain who could lead through loyalty and admiration. Creating an Imperial leader figure whose troops follow him willingly is yet another reason why Thrawn has remained such a popular figure in Star Wars media.

What will be interesting is whether or not Grand Admiral Thrawn will appear in The Mandalorian or if he is being set up for another Star Wars project. We have heard reports that Dave Filoni will be running a brand-new live-action Star Wars television series on Disney+, and that the main antagonist of that show would be Grand Admiral Thrawn. There have also been reports that Disney is considering making a Mandalorian movie, and that Thrawn would be positioned as the villain in that project. With Ahsoka Tano dropping his name and clearly having a vendetta against him, it is certain that Disney plans to pick up the rivalry between those two.

At the end of Star Wars Rebels, the fate of Grand Admiral Thrawn was left unknown. Many fans speculated that he was still alive, and this confirmation in The Mandalorian has fans wondering exactly how he survived the series finale of Star Wars Rebels and what he has been doing in the intervening years. Has he continued to command the Imperial fleet? Or has he had to go into hiding after the fall of the Empire? Could Grand Admiral Thrawn actually be one of the integral members that help create the First Order?

It has taken thirty years but Grand Admiral Thrawn is finally going to make his way into the proper Star Wars live-action universe. Who will portray him? What project(s) will he show up in? Could he be positioned as the new big bad of the entire Star Wars universe? We will have to wait and see, but fans are eager to see this beloved villain brought to life. 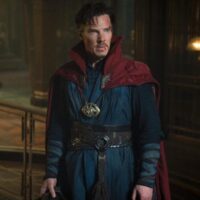