Tim Burton will soon make his television directorial debut with an eight-episode Addams Family spinoff series called Wednesday. Months ago, the casting for the lead role was announced. Jenna Ortega will be attending Nevermore Academy and play a supernatural crime-solving Wednesday Addams. Up to this point, there’s been little in the way of news for who will be playing Morticia and Gomez, her parents. While Gomez’s casting remains a mystery for now, one of our trusted and proven inside sources has shared with us that Eva Green is now in talks to play Morticia Addams for Netflix’s new series.

If talks go well, this won’t be Eva Green’s first time working with Tim Burton. She previously had a role in 2012’s Dark Shadows and played the lead in Miss Peregrine’s Home for Peculiar Children in 2016. Burton often works with the same actors repeatedly, which gives reason to believe that the new project will prove more tempting for her. While we know that Eva Green is currently in talks, we weren’t able to learn if she is the first actress they’ve spoken to. The internet has fancast Christina Ricci in the role of Morticia for years. As a teen, the actress played Wednesday Addams in the movies from the 1990s. Christina Ricci as Morticia has been a fan demand much longer than Tim Burton’s current project, and there are bound to be a lot of questions around why Ricci isn’t in the role.

While Christina Ricci has been a popular fan choice, Eva Green has often been one that the internet has speculated about since Tim Burton and Green have worked together in the past. Those projects have proven that she can play roles that have a spooky, Addams-family-like vibe. It seems like she’ll be a natural fit for the project, even if those aren’t always the types of things she takes on. She’s recently starred in the series The Luminaries and in the films Dumbo, Proxima, and Euphoria.

We were unable to learn how big of a role Eva Green will actually have in this new project as Morticia Addams. This is something that many have been wondering about. From what has been shared so far, it sounds like Morticia and Gomez may not be seen much. Typically, Addams Family projects have centered on the family being together. Tim Burton is doing something altogether different with Wednesday by having the lead role attending Nevermore Academy and going off on her own adventures. While it’s been said that there will be actors cast to play her parents, it hasn’t been confirmed whether other members of the Addams family will even be in the series, which is something strange and unique for the project.

Even if Eva Green has a small role as Morticia, it will be one that is essential to fans of the franchise. Morticia and Gomez have always been an iconic duo, and seeing them played well will matter to long-time fans, even if they’re only in a few scenes. 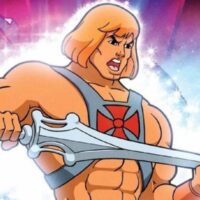