Will Doctor Who‘s Thirteenth Doctor be making their sexuality more clear in upcoming episodes of the series? According to current rumors, the answer is yes.

The rumor comes along with a handful of others shared in a three and a half minute video. YouTube host Noel, at The TARDIS Zone Official YouTube Channel, makes it clear at the beginning and end of their video that the information they share is considered rumor and speculation. Some of the rumors are small footnotes. The possibility of changing the TARDIS exterior and Jodie Whittaker’s Doctor coming out as bisexual have quickly become conversation topics.

This is far from the first time romance or sexuality has been brought up on Doctor Who. The first seven seasons of Doctor Who never showed the Doctor having romantic interests in their companions. However, the modern revival series has had enough romantic activity to have the best kisses ranked. While hardly the same as addressing it in an actual episode, Steven Moffat tweeted in 2012 that River Song was bisexual.

Many wondered if the Thirteenth Doctor’s sexuality would be addressed when the actress was first announced. Thus far, the series has seemed to avoid tackling the issue of Whittaker’s Doctor’s sexuality. There still aren’t many details about what may happen. The video suggests that the Doctor will allude to their bisexual orientation. It also says there will be a guest star brought on to further explore this.

As to why the decision was made to now address her sexuality, the video says, “According to my source Chibnall feels Doctor Who has gone stale and needed to reflect society as is now.”

The brief video packed with rumors from The TARDIS Zone Official YouTube Channel is a rundown of reveals they made in a live stream that took place over four hours. The channel is described as being run by, “A Doctor Who fan who is against the new direction of the show. ” Their video history doesn’t make any secrets about their feelings on showrunner Chris Chibnall and Jodie Whittaker’s current work on the series. That, combined with the reminder that these are rumors and speculation, mean there is plenty of room to take this with a grain of salt.

Still, there are many things brought up in the video for fans to speculate on. The video also claims more will be done to address the character’s gender in the 13th season, including apologies “for past mistakes when the Doctor was male.” There are also claims that the showrunner will be looking to cast trans and non-binary actors as new companions. Bradley Walsh and Tosin Cole are both said to have their last appearances in the Doctor Who Christmas special, so the timing matches up for casting.

When will we see what will actually happen? Nothing is promised. At this point, it seems we won’t see Season 13 until 2022. 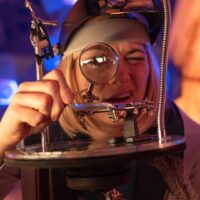