It wasn’t enough that rapper Curtis “50 Cent” Jackson surprised fans at the Super Bowl by being a surprise guest for the halftime show. Now it appears as if he is going to dive into the world of live-action comic book adaptations. Jackson’s production company, G-Unit Film & Television will work together with Christopher Priest on an upcoming film adaptation of one of his comics, Xero. Xero was initially a DC property, but the rights fell back to Priest in 2008, allowing him to partner with G-Unit Productions.

As strange as it might sound that 50 Cent is dabbling in comic book adaptations, his production company is no stranger to releasing hit shows, which bodes well for the upcoming film. Starz released the hit show, Power, which Jackson directed, executive produced and co-starred in. The show would go on to release three additional spin-offs, creating a massive universe for the initial show. G-Unit Productions is also set to release Confessions of a Crime Queen on Discovery+ and Let Me Hear a Rhyme heading to Peacock.

Xero follows the life of Trane Walker, a black government assassin, who weaponizes invisibility by turning himself into a white man blend anonymously into the exotic Casino Royale haunts of the international elite. Walker walks between both worlds why not taking ownership of neither, and this story encircles his moral awakening and the life and death perils he must face as a result of his actions. This certainly sounds like a story that could be dynamic, especially in our current political landscape. G-Unit Film and Television are producing the adaptation with 50 Cent alongside Erika Alexander and Ben Arnon of Color Farm Media.

When asked about the upcoming adaptation, 50 Cent commented on his excitement to work with Priest. “There’s no one better than Christopher Priest to bring G-Unit Film & Television into the world of comic book superheroes,” said Jackson. “Watch as we build Xerø into a franchise alongside Christopher and Color Farm Media. Christopher Priest also shared in his excitement to work with the G-Unit Film & Television as he had this to say about the project, “Xerø depicts a slow-moving car wreck at the intersection of race and class. The commonality of struggle is represented by the life experiences of Curtis ’50 Cent’ Jackson.”

How much of life experiences of 50 Cent will make their way into the adaptation will be revealed at a much later time, but it sounds as if both of these creators plan to work in tandem to create a hero or anti-hero who walks a very gritty path. Christopher Priest was the first black comic book writer and editor who worked for both Marvel and DC, and he has credits ranging from Spider-Man, Green Lantern, Conan the Barbarian, and Deadpool. Priest’s work was also credited for being a huge influence on the smash hit, Black Panther.

Xero is currently in the early developmental stages, and no further casting or information about when the film will be released has yet to be revealed, but expect to see plenty of details in the coming months. One thing is for sure, maybe 50 Cent should give a call to Idris Elba to play the role of Trane Walker. Elba was fantastic as Bloodsport, in James Gunn’s version of Suicide Squad, and he is just fantastic in everything. If he is cast in the main role, you heard it here first. 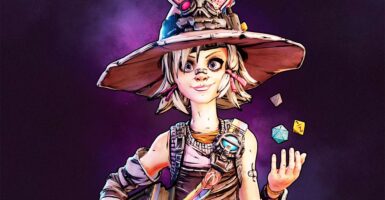