By Kristi Eckert | 2 days ago

In just one week Disney will release a new Marvel animated series on its streaming platform Disney+ entitled What If…?. The show will feature characters from the Marvel Universe and focus on what their stories could have been if things had gone differently. However, some fans were outraged to find out that Dave Bautista, who portrayed Drax in Guardians of the Galaxy Vol. 1, Guardians of the Galaxy Vol. 2, Avengers: Infinity War, and Endgame, won’t be voicing the character in the upcoming show.

In response to a tweet from a fan, Dave Bautista stated that he was never even asked. See below.

The confirmation that Dave Bautista will not voice Drax in What if…? and was never even approached about it also comes alongside rumors that Guardians of the Galaxy Vol. 3 could very well be the last time that Bautista will reprise the role, at all. However, that could have more to do with the fact that James Gunn , the director of the films, has suggested that the third film would likely conclude the Guardians of the Galaxy story arc.

Dave Bautista also recently sat down to speak with Collider about his experience playing Drax. In that interview, he revealed some lingering frustrations he has with the way Marvel Studios chose to develop, or rather not develop, Drax’s story. In fact, Giant Freakin’ Robot reported that he really thought that Drax should have gotten his own solo movie.

“That role changed the trajectory of my life. It’s always going to be special to me. Now that I’m four films in… I really wished they would have invested more in Drax, personally. Because I think Drax has more of a story to tell. I think Drax has a really interesting backstory which they dropped the ball on. “

Dave Bautista went on to speak about the physical demands of the role. The Direct quoted him saying that, “Drax gets his ass kicked more than any other Marvel character,” but Bautista also pointed out that Drax spawned a surprising amount of endearment from fans who grew to love the comedic elements that sprung out of the character’s unwavering honesty. Ultimately, Dave Bautista really did express his understanding about the seeming lack of attention Marvel gave to Drax. At the same time, he demonstrated his gratitude for having been given the opportunity to take on such a life-changing role.

Even though fans might be disappointed that Dave Bautista won’t be reprising his role in the new Disney+ series What if…?. The show is still garnering a lot of anticipation, and according to the cast list on IMDB there will be some familiar voices in different episodes of the show, including Michael Douglas (Ant-Man), Chris Hemsworth (Thor), and Tom Hiddleston (Loki). The show is set to launch on Disney+ on August 11, 2021.

Dave Bautista’s time with Marvel and as portraying Drax might be coming to a close, but that doesn’t mean by any means that things are slowing down for the actor. Dave Bautista might not be joining Disney+, but he will be on a streaming platform that is just as prominent, arguably more so than Disney+. In the new trailer released on Apple’s streaming platform Apple TV+, Dave Bautista can be seen alongside Jason Momoa in Season 2 of See. The trailer features Bautista as Edo, Baba Voss’ (Momoa) brother, and in the trailer, the two are seen coming head to head as feuding siblings. Fans can witness the two clash in person when the second season of See premieres on August 27th. 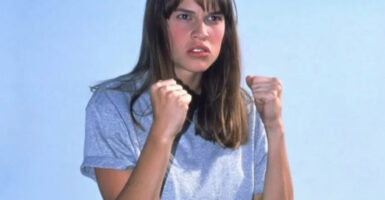 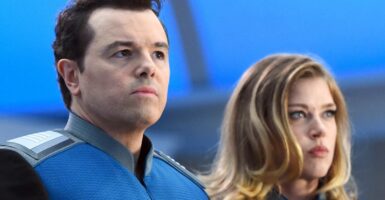 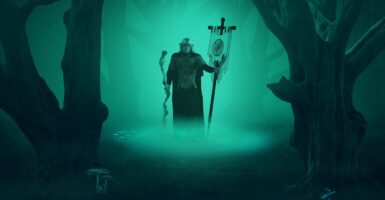