Cancelled TV Series Has A Movie In The Works

By Tristan Zelden | 5 days ago

While it had the popularity to keep any show alive, Community was cancelled after six seasons. Now creator Dan Harmon is talking about the idea of a movie to give it a proper farewell.

On Vulture’s Good One podcast, Harmon spoke about the cancelled series and how to do a movie. The main creative hurdle is how to make something that works for long-time fans and people who have never seen Community. To him, making a good movie needs to leave room for both groups.

Getting the cast together for anything could be problematic, especially for the NBC series that got cancelled six years ago. Despite their big careers, the actors are all up for a movie after a reunion Zoom call last year. This would exclude Chevy Chase as his ties to the core cast were cut off due to incidents with him and his eventual departure.

Telling a story that fits these characters who met in community college is another hurdle Harmon would need to figure out. His concern is how to make it, as it has been so many years since the series got cancelled. The writer wants to solve the issue of having the characters come back the same or entirely different as there would need to be a balance of fresh and older ideas that would blend. He is thinking about it and working a little bit on story ideas “at least once a week,” so the “gears are turning” in his head for how to execute this project.

While the cancelled sitcom had great reviews and a strong fan base, it had a plethora of behind-the-scenes issues. Drama with Chevy Chase, NBC firing Dan Harmon, and other people leaving resulting in the death of the show.

Getting cancelled was not all that bad for everyone. Dan Harmon exploded when he collaborated with Justin Roiland to create the megahit animated series, Rick and Morty. Meanwhile, the cast had massive careers. Joel McHale has his own show on Fox called Crime Scene Kitchen, Danny Pudi is in hit shows like DuckTales and Mythic Quest, Donald Glover became a huge rapper while continuing his acting career with The Lion King and Solo: A Star Wars Story, and Ken Jeong has had hits with Bob’s Burgers and Crazy Rich Asians. In addition, the two leading actresses have had their success with Gillian Jacobs in Amazon Studios’ Invincible and the Netflix trilogy Fear Street, and Alison Brie lending her voice to BoJack Horseman.

People behind-the-scenes of the cancelled sitcom were also exploding between the show’s lifetime and eventual demise. Joe and Anthony Russo directed a chunk of episodes then went off to make some of the biggest Marvel movies with Captain America: Civil War, Avengers: Infinity War, and Endgame. Producers Neil Goldman and Garrett Donovon have kept busy collaborating together with Superior Donuts and, more recently, HouseBroken.

Before the notice of being cancelled, Community ran for 110 episodes between 2009 and 2015. In 2011, it would win an Emmy for animation for the episode Abed’s Uncontrollable Christmas. It would be nominated for three more Emmies throughout its run between 2012, 2014, and 2015. 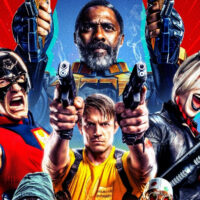 Warner Bros. Only Requested One Character In The Suicide Squad