By Tristan Zelden | 32 seconds ago

Kate Beckinsale (Jolt) stunned her followers on Instagram with pictures between the last two days (August 15, 16) of her in a sexy suit of armor.

Decked out in a metallic bustier, fur skirts, a colorful cape, and high heels, Kate Beckinsale was celebrating latex designer and actress Nina Kate’s (Synced) birthday. The birthday gal was in the same costume except with black platform heels. You can see a video of the two of them below as they pose.

On another set of images, Kate Beckinsale posted the two of them giving their best poses in the warrior costumes. When scrolling through the Instagram post (seen below), a video can be seen of them talking about their bustiers and where their boobs are placed within. After that is another video of the tattooed birthday girl blowing out the candles of her birthday cake. Yes, they are still in costume when preparing to eat the cake.

Nina Kate had other pictures and videos that she posted. It includes an additional power pose with Kate Beckinsale sporting some sunglasses as they look off-camera. A sped-up video can also be seen where they flap their capes around and walk around with a dog as it follows the two women around.

Throughout her acting career, fans have seen Kate Beckinsale in plenty of theatrical outfits over the years. In the Underworld movies – consisting of the 2003 original, 2006’s Evolution, 2009’s Rise of the Lycans, 2012’s Awakening, and 2017’s Blood Wars – she wears an iconic latex suit with a long, black cloak. Another was her 19th-century outfit in Van Helsing in 2004, in which she was accompanied by Hugh Jackman (The Greatest Showman).

Most recently, while not nearly as striking visually, with the exception of her blond hair, Kate Beckinsale can be seen kicking serious ass in Jolt. The action movie has the star playing an angry bouncer who controls her rage with electric shock. She goes on a rampage to avenge a friend of her’s who was murdered. Tanya Wexler (Buffaloed) directed the flick with debut writer Scott Wascha. The actress is joined by co-stars Jai Courtney (The Suicide Squad), Stanley Tucci (The Lovely Bones), Bobby Cannavale (Ant-Man and the Wasp), Laverne Cox (Promising Young Woman), and David Bradley (Game of Thrones).

Kate Beckinsale is set to star in the Paramount+ dark comedy series Guilty Party. It will follow a journalist with a trashed career who is trying to revive it by writing a story about a woman who murdered her husband, but the murderer claims she did not commit the crime.

Further down the road, Kate Beckinsale is attached to Catherine Hardwicke’s (Twilight) next movie, Prisoner’s Daughter. Brian Cox (Succession) will co-star with the actress. 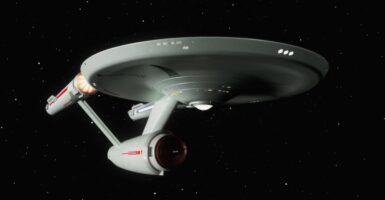