Kate Beckinsale is showing off her bright summer look on her Instagram page. But this time, she is joined by a furry fox, as she feeds the curious animal.

Remember that surprisingly smash hit song, “What does the fox say?” Well, Kate Beckinsale might know a bit more about what the animals do say, as she recently posted a collection of photos and a video on her Instagram page, where she is feeding a fox. Normally, foxes can be a bit skittish, so it is surprising to see that she had become fast friends with the animal. It could be the bright pink summer suit that she is wearing, as maybe the colors are neutral to the animal. You can see the collection below:

We are not entirely sure where Kate Beckinsale is, but it appears to be some sort of a cafe setting. Also, this could be a fox sanctuary of sorts, which would make sense as to why the animal is not afraid to go near her. Either way, this is quite a fantastic collection to look at, as Beckinsale almost looks to be like Snow White. The animal is eating right out of her hand, and she has named him, “Roy.” What’s nice about the post is that the actress has also added a page out of a book about foxes. Again, this could be a sanctuary that she has visited, hence the book about the animal and the animal not being so wary of going up to a human being. Also, she does look rather adorable in her pink outfit while feeding Roy.

Disney is making a live-action version of Snow White, which sees Rachel Zegler take on the role of the titular character. However, Disney should have called Kate Beckinsale up. She certainly looks completely comfortable while being around a wild animal. Beckinsale is likely too busy though, as she is currently about to start filming Canary Black, which sees the woman return to true form as a CIA operative named Avery Graves. Everyone knows the woman can carry herself in action sequences, as she was fantastic as Selene in the Underworld franchise. Canary Black sees Avery be set up by her agency because of an assassination. Now she must defend herself and save her husband, who has been kidnapped due to the events of this botched assassination.

The newest film that stars Kate Beckinsale is El Tonto, which is the directorial debut of Charlie Day. The man is a brilliant comedic actor, so there are high hopes for this film. However, the film has yet to release a trailer or establish an actual release date. The film is meant to be released sometime this year, at least according to the IMDB page. We are more than excited to see the woman back on the big screen.

From feeding foxes to wearing offensive shirts, it’s always a fun time when visiting the social media page of Kate Beckinsale. She is constantly updating her fans about some of her everyday activities, and they are sometimes quite odd. However, she is massively entertaining. Everyone seems to agree that she is wonderful, as most of her posts go viral. She does look amazing in pink. 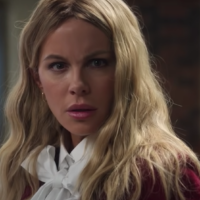 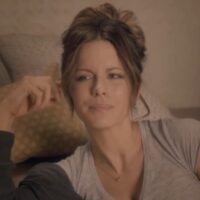 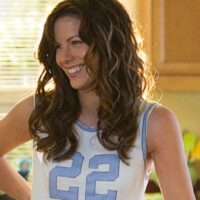