Kate Beckinsale doesn’t have any Oscars or Emmy awards under her belt, but across the pond they appreciate her work a little bit more. Last night, Kate Beckinsale took home the National Film Awards’ Best Actress trophy for her role in last year’s comedy action thriller Jolt. Both to celebrate her win and to give us all reason to celebrate, Beckinsale and a friend danced in front of a fountain in two of the sexiest dresses you’ll ever see.

Kate Beckinsale and her friend Gabriella Morpeth, a costume designer who worked on Jolt, danced in front a fountain in London’s Trafalgar Square to The Kinks’ 1967 single “Waterloo Sunset.” Beckinsale dances in the same gorgeous silver dress she accepted her award in. The gown shows off her leg with a slit up the side and has a plunging neckline. You can watch the Instagram video below.

The Underworld star’s competition was pretty serious. Besides Kate Beckinsale, other NFA nominees for Best Actress included Judi Dench in Belfast, Anne Hathaway in Lockdown, Thandiwe Newton in God’s Country, and Rosamund Pike in I Care A Lot. Considering Jolt‘s critics score on Rotten Tomatoes is a fairly unimpressive 40%, it is probably not a surprise to learn that the National Film Awards are voted on not by critics or filmmakers, but by the fans.

Regardless, it’s that much more impressive when you consider who Kate Beckinsale was working with in Jolt. Her co-stars in the Amazon Prime Video original include the Oscar-nominated Stanley Tucci (Captain America: The First Avenger), the Oscar-winning Susan Sarandon (Dead Man Walking), the Emmy-nominated Laverne Cox (Orange Is the New Black), Emmy-winner Bobby Canavale (Ant-Man), Jai Courtney (Suicide Squad), David Bradley (The World’s End), and Ori Pfeffer (Hacksaw Ridge). Looking like you know what you’re doing while working with talent like that is no easy feat, but Beckinsale clearly pulled it off.

In Jolt, Kate Beckinsale plays the ex-bouncer Lindy who wants to know who killed the guy (Courtney) who gave her the best date she’s had in a long time. After all, she only went on the date because her shrink (Tucci) advised her to start forming relationships. But since the police don’t seem to care, Lindy takes the job on herself, which gives her a chance to unleash the kinds of violent outbursts her shrink has been treating her for. The film released on Amazon Prime Video last July. It’s directed by Tanya Wexler (Hysteria), from a script by newcomer Scott Wascha.

We don’t know exactly when we can expect to next see Kate Beckinsale on the big or small screens. Her most recent appearance was on the Paramount+ original dark dramedy series Guilty Party in which she played a disgraced journalist. But other than that, none of her upcoming projects have concrete release dates.

The good news is that we do know that two of Kate Beckinsale’s upcoming screen projects have wrapped principal photography. The first is Charlie Day’s (It’s Always Sunny in Philadelphia) feature directorial debut. Day said he is renaming the film, originally titled El Tonto, and is making extensive changes in post-production. The other feature is Prisoner’s Daughter, in which Beckinsale plays the daughter of a recently release ex-con (Brian Cox). 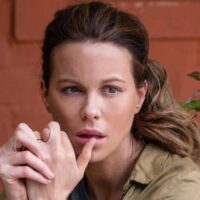 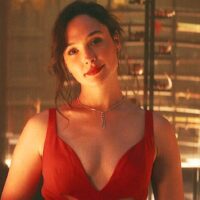