Ernie Cline’s Ready Player One was one of the most notable books of the last few years in geek circles, serving up a sprawling, funny sci-fi storyline packed with enough pop culture references to choke any sort of lifeform with a tendency to try and eat pop culture references. Given the splash it made in the literary world, it’s no surprise that the movie rights were swiftly snatched up by Warner Bros. Now Cline’s star continues to rise: Universal Pictures has purchased the screen rights to his next novel, Armada, which isn’t even on shelves yet. 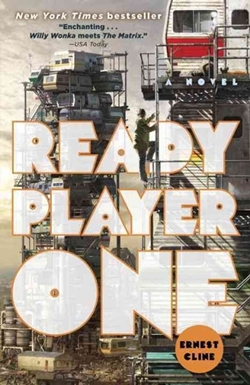 Crown Publishing paid a hefty seven figures for the book rights to Armada based on a 20-page proposal written by Cline. That must have been some proposal. Hollywood obviously smelled blood in the water, and Universal soon came a’ calling. So what is so magical about those 20 pages? Unfortunately, there’s no official synopsis for Armada yet — neither the book nor the film — but the story in Variety describes it as “the ultimate wish fulfillment to every videogame fan on the planet.” That could mean damn near anything, but perhaps we’re going to see something along the lines of The Last Starfighter: a die-hard gamer who suddenly gets drawn into a real-world version of the games they’ve been playing for years. Honestly, your guess is as good as ours at this point.

While it’s obviously going to be a long while before we’ll see Armada up on the big screen, we will hopefully see the movie version of Ready Player One sooner rather than later. Warner Bros.’ film version is in the works, with a writer named Eric Eason and Cline himself working on the screenplay adaptation.