Iain Banks, Author Of The Culture Series, Dead At 59

As time passes, so do the people who make that time worthwhile. Today marks the sad passing of one of the most treasured minds in modern science fiction. Iain Banks –- or Iain M. Banks, depending on what book cover you’re looking at –- passed away in the early hours of Sunday, June 9, 2013, another victim of the evil bastard that is cancer. He’d only announced the diagnosis in April, disclosing he probably wouldn’t survive a year. Just over two months later, the world mourns his passing.

Born in 1954 in Fife, Scotland, the Banks first found acclaim with his debut novel, the 1984 thriller The Wasp Factory, but he is best known for his Culture series of novels and stories, which began in 1987 with Consider Phlebas. The Culture novels achieved such international success due to the accessibility of Banks’ writing style and his unique sense of humor, which allowed his densest sci-fi to be just as relatable as his more mainstream works. His 1994 novel Feersum Endjinn won the 1994 British Science Fiction Association Award, and his 2004 novel The Algebraist was a 2005 Hugo Award nominee, but those are just the more prominent entries in his long list of accolades.

His next book, The Quarry is set to hit bookstores on June 20, its release rushed at Banks’ request, but not soon enough that he was able to see it for himself. The novel takes place over the final weeks in the life of a man dying from terminal cancer, detailing the physical and emotional woes that come with it. He was only 10,000 words from completion when he found out about his own illness, so it’ll be interesting to see if there’s a tonal shift towards the end.

Along with Jack Vance’s recent passing, Banks’ death will leave a very particular void in the science fiction collective.

His wife Adele left a message on the website Banksophilia that states Banks’ death was “calm and without pain.” And you’ll have trouble convincing me he didn’t have the slightest grin on his face when it happened. With any luck, when A.I. technology gets more advanced, some company will pay their respects by naming themselves Artificial Iaintelligence. Giant Freakin’ Robot sends out condolences to the Banks family and friends for their loss.

Below is the BBC segment “Five Minutes With…” dedicated to Banks, which aired around six months ago. 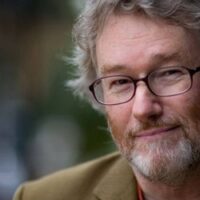 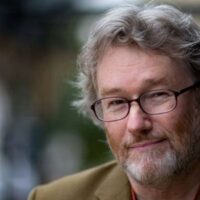 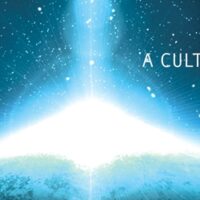