So They Made A Bill The Galactic Hero Movie, And Here’s Your First Look At It

Harry Harrison’s Bill the Galactic Hero is one of the most treasured relics from my youth. I discovered Harrison’s wacky world of satire and surreality during my junior high years, and I read — and re-read — each of the Bill books a dozen times during my teenage years. Well, now somebody has made a Bill the Galactic Hero movie, and we’ve got the first trailer for it below. It’s…not what I was expecting.

The Bill the Galactic Hero flick was actually directed by Alex Cox, the dude behind the cult classic Repo Man. It was funded by a $100,000 Kickstarter campaign and shot in cooperation with students from the University of Colorado Boulder. It even bills itself as “the largest student film ever made.” The film is set to premiere at the International Film Series in Boulder on December 12.

If you’re unfamiliar with the Bill the Galactica Hero series, it all kicked off with Harrison’s 1965 novel of the same name, in which a young farmboy named Bill is shanghaied into the Space Troopers, cannon fodder in the war against the alien Chingers. Along the way he loses an arm, accidentally becomes a hero, and eventually winds up tricking his own younger brother into enlisting as a way to muster out sooner. The series was a wicked skewering of military culture, something Harrison knew a thing or two about, having been drafted into service during World War II.

Harrison published a sequel, Bill the Galactic Hero on the Planet of Robot Slaves, in 1989. The series continued throughout the early 1990s, but with other writers penning the remaining sequels, including Robert Scheckley and Jack C. Haldeman. These later books got a lot sillier than the original, in my opinion, but were still good fun.

Cox’s Bill movie understandably looks cheap, since it had a very low budget, but the black-and-white choice is the thing that throws me most. There’s nothing inherently wrong with shooting Bill’s tale that way, but I have such fond memories of the books’ crazy, colorful cover art that it just doesn’t feel like the universe I grew up reading. Keeping everybody in bulky spacesuits doesn’t help either. I’m sure on its own terms the Bill flick may be just fine, but it’s definitely not what I envisioned over the years when I imagined what a Bill movie would look like. Hell, I think they’d best be represented in animated form, in the style of the cover art below. Regardless of my reservations, I’ll be interested to see how Cox brings Harrison’s story to life, and you can read the official synopsis below. Now I just need to go re-read the books again…

The outline of Harrison’s book shows our protagonist being recruited by the military in the centuries-old war against intelligent reptiles and enduring a variety of hardships that include losing a left arm. Along the way, the idiocies of bureaucracy and propaganda get exposed, along with a long list of other ills that are still all too familiar. Bill also includes various exotic planet locations, space battles, robots, aliens, and a wide array of utterly fantastical elements. How would an all student-crew on a shoe-string budget pull this all together? The answer lies in a mixture of colorful animation (which bookends the action), playful black-and-white cinematography that uses different formats (both film and digital), and just about everything else one can find in a small tool-kit using lots of ingenuity. 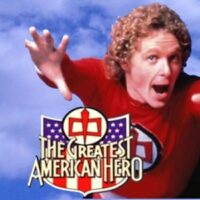 The Lego Movie Directors Are Rebooting The Greatest American Hero 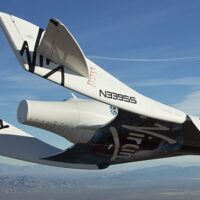