Wind turbines are a sensitive subject here in Massachusetts. I like to think of the Commonwealth as being progressive and green, but people have been protesting wind turbines for all kinds of reasons, including noise and something called “Wind Turbine Syndrome,” which may or may not really exist. According to some coastal residents, Wind Turbine Syndrome causes headaches, fatigues, and dizziness. So whereas it might seem that the benefits of wind power trump all possible downsides, it hasn’t been that simple so far. But now, wind turbine advocates have another boon to add to their list or pros — hurricane protection.

Mark Jacobson, a Stanford professor of civil and environmental engineering, recently conducted some computer simulations that suggest wind farms, which contain thousands of turbines, could protect the U.S. from hurricanes. According to the simulations, the turbines could decrease wind speeds by about 50%, or ~90 mph. That would decrease the resulting storm surge by 60-80%, which would significantly decrease the amount of damage wreaked by these powerful storms.

For decades, Jacobson has been working on computer models to help glean information about weather, climate, energy, and air pollution, as well as the amount of power turbines can harness from wind. In this case, he applied a computer model to hurricanes — specifically, for Hurricanes Katrina, Sandy, and Isaac. He compared satellite images of the storms without the turbines to satellite images of the storm with the turbines. According to his model, by the time these storms made landfall, they would have mostly dissipated. In fact, they would have dissipated so much that the turbines themselves, which can withstand winds of over 100 mph, wouldn’t have trouble standing up to the strength of the storms. His findings were published in Nature Climate Change.

The turbines work by slowing down the rotating winds of a hurricane, which then reduces the height of the waves. When the waves are decreased, air doesn’t move as freely into the center of the hurricane, which turns up the internal pressure. That pressure slows down the winds of the hurricane, causing it to break apart. In the case of the devastating Hurricane Katrina, Jacobson’s model showed that a farm of 78,000 turbines off the coast would have slowed the storm down by at least 80 mph and would have decreased the storm surge by 79 percent. He doesn’t believe that seawalls, which some coastal cities are in the process of building or plan to build, will help nearly as much, and they’re also pricey.

Jacobson thinks that the reduction of hurricane damage, and thus the reduction of rebuilding costs, could be a powerful motivator. Hurricane Sandy, which hit the East Coast in 2012, caused over $80 billion in damages. And then there’s the typical purpose of the turbines — generating energy. The turbines could provide electricity, reduce air pollution, help ameliorate the effects of global warming, and protect against hurricanes. What’s not to love? That’s a rhetorical question — don’t ask folks from Massachusetts. 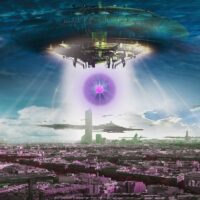 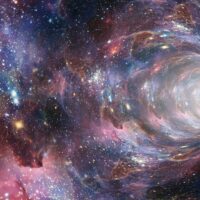