Gaming publisher and developer Aspyr made an announcement during the last week’s Star Wars Celebration that it plans to release one of the best Star Wars games on Nintendo’s latest gaming hardware. The developer also shared a teaser trailer for the upcoming game featuring some gameplay action, along with the promise of “Restored Content DLC” coming soon. Star Wars fans, brace yourselves, Star Wars: Knights of the Old Republic II: The Sith Lords is coming to Switch.

The upcoming Star Wars: Knights of the Old Republic II: The Sith Lords Switch version comes with the “restored” DLC content, which was apparently left out in a rush to meet the original’s release date in 2004. The content includes a new crew dialogue, an extra mission, and a new, revamped ending that will be available following the launch on June 8. It’s the same content that the game’s fandom spent years restoring on the original PC version of the game.

Star Wars: Knights of the Old Republic II: The Sith Lords can be preordered for Nintendo Switch for $15, while the entire digital bundle that includes the original Star Wars: Knights of the Old Republic is currently in the making as well, and can be preordered for $30. This is a part of a small renaissance for the Star Wars gaming franchise, considering that Lucasfilm Games isn’t exclusively working with Electronic Arts to produce Star Wars for consoles.

The small renaissance doesn’t stop at KotOR remakes and remasters but also offers plenty of new games in the Star Wars franchise, like the upcoming Star Wars Jedi: Survivor, set to release sometime next year. Star Wars Eclipse is also in the making, and there are some reports about a Star Wars game starring Ahsoka Tano. There are plenty more titles currently in development at nearly all major studios, including Ubisoft, Quantic Dream, and even Electronic Arts, which only lost an exclusivity license, but still continues to develop Star Wars gaming titles, like the aforementioned Survivor. 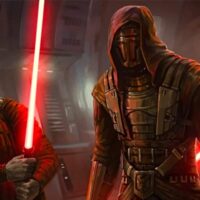 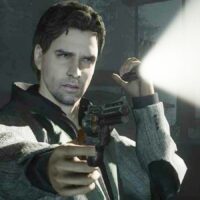