Video games have been used for more than just entertainment; people have used them to hold meetings in virtual space, communicate, share experiences during their pastimes, and facilitate various transactions. However, in most recent news, Mexican cartels have allegedly employed a new way to recruit young people in their ranks: targeting and reaching out to them precisely while the youth play video games.

According to Bloomberg, security officials disclosed details about the case in Oaxaca, Mexico, of three minors who boarded a bus with a promise of receiving payment to work as police lookouts in the country’s north. Recruiters for various criminal organizations, including violent Mexican cartels like Jalisco New Generation and Cartel of the Northeast, use video games to recruit minors. As a result, Mexico’s government has issued a statement warning parents to keep an eye on their children’s video game activity, especially online gaming platforms.

Murders in Mexico remain at an all-time high, as drug trafficking Mexican cartels fight among each other and with the authorities, leaving trails of grisly and often violent murders. In the Oaxaca case, however, the minors weren’t really being recruited as a police-lookout. Instead, the minors were convinced to run away from home, with promises of payment, by a human trafficking ring whose recruiters contacted them through a video game named Free Fire. Luckily, the authorities found the children in a home in Santa Lucia de Camino, where they were being held. Per official reports, they have been contacted several days earlier by the trafficker posing as a 13-year-old boy in-game.

But this is hardly a sophisticated scheme employed by the criminals, who seemingly moved away from casting their nets on social media and moved onto gaming. In contrast to such crude criminal methodology, hackers have employed means to harvest cryptocurrencies through other people’s PCs, delivering malicious codes through pirated games and software. Still, this isn’t an isolated case of crime conducted through video gaming platforms. Just last September, a Mexican investigative journalist Oscar Balderas revealed how one of the Mexican cartels is recruiting children through the most popular gaming titles.

One such case happened to a teenage boy who was playing Grand Theft Auto V online. He received a message at 3 am, from a gamer purporting to be a young man wearing a bulletproof vest and a military-style helmet, inviting him to the Northeast Cartel and Old School Zetas’ recruitment events. This fits the pattern reported by numerous gaming enthusiasts in Mexico, where the Mexican cartels prey upon children and the young who play video games in the early morning hours when parents aren’t likely to supervise their child’s gaming habits and activities.

As things currently stand, Mexican cartels are openly inviting young gamers to join their ranks by offering false dreams of a glamorous life. But instead of a glamorous life, most of these children and teenagers are forced to serve cartels in various roles, including hitmen, drug runners, and drug mules, or as workers in drug manufacturing facilities. And this trend among criminal groups is still on the rise because children now spend more time gaming due to COVID-19 lockdowns and other measures. 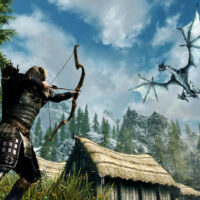