Magic The Gathering, colloquially known as Magic or MTG, is the first released trading card game with a massive player base consisting of over 35 million players worldwide. Wizards of the Coast, the game’s publisher, just revealed a new Jumpstart set, called Historic Horizons, which will contain 782 cards in the Historic format, including the 31 entirely new cards which are exclusive to Magic: The Gathering Arena – a digital counterpart of MTG.

According to IGN, Magic the Gathering Arena is adding an exclusive new set of cards, called Jumpstart: Historic Horizons, which encapsulates hundreds of cards from previous sets, Modern Horizons and Modern Horizons 2, with 31 new cards coming exclusively to digital. And while the majority of the cards in Historic Horizons feature reprints, most of which are new to Arena, by the way, the new cards will feature brand new mechanics which can’t be replicated in physical, paper versions of Magic: The Gathering.

The first of these mechanics is called “Seek” and allows Magic The Gathering players to seek a card with specific criteria, randomly pulling one card that satisfies that criteria from their library. This can’t happen in a tabletop game without the player manually looking through their deck, which is why the mechanics are limited to digital-only releases. The second mechanic is called “Perpetually,” and it modifies a specific card permanently through the duration of the game. If this mechanic kills a creature from one of the cards, the debuff will remain in effect, despite the player’s efforts to bring the creature back to the battlefield. The third digital-only mechanic is called “Conjure” and creates a card for players to use, including the cards that aren’t in the Historic Horizons set.

Wizard of the Coast, the publisher of Magic the Gathering and increasingly popular Dungeons & Dragons, launched the first Jumpstart in 2020 as a physical product. Players had access to two packs of Jumpstart cards randomly selected from a list and combined them together into a 40-card deck. This brought diversity to gameplay, as it combined unicorns with pirates, cats with phyrexians, and all of the above, fighting together at the table. The same format is now coming to Magic: The Gathering Arena, though differently structured.

The digital release will include 40 unique packs of cards, with different “drop” rates for each card slot within the pack, adding more variation to the pack’s composition than the physical version of Jumpstart allowed. As a result, the game should offer more complexity in play. As for the standard tabletop version of Magic The Gathering, the game will remain intact, as players got used to it, but without Historic Horizons’ digital-only cards, which should preserve the tabletop’s gameplay style.

The new set of cards for Magic The Gathering Arena will launch on August 12, the same day as Assassin’s Creed Valhalla expansion, The Siege of Paris. And while it contains the cards that are MTG Arena exclusives, pushing the paper version out of the spotlight, the good people at Wizard of the Coast are reassuring players that the original Magic: The Gathering remains the king of the hill. Especially now when the company plans on releasing rebalanced versions of previously banned, overly powerful cards from previous sets. 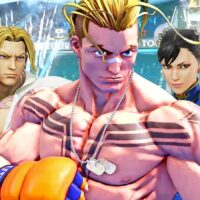 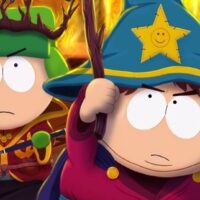