The Tom Cruise Jack Reacher films were never major commercial successes nor were they liked by critics who even called the sequel “monotonously formulaic.” After its less than satisfactory performance at the box office and the many negative critic reviews, it was decided to reboot the franchise in the form of an Amazon Prime series starring Alan Ritchson as the titular character. But does Ritchson have what he needs to be the carefree and bold Reacher? From the looks of the recently released trailer for Season 1, he certainly fits the bill.

Reacher is based on author Lee Child’s Jack Reacher novels, thus its first season is an adaptation of the first novel in the series, Killing Floor. In the trailer, Ritchson takes over as Jack Reacher, a role played by Tom Cruise across two films- Jack Reacher (2012) and Jack Reacher: Never Go Back (2016). And judging by the many comments from avid fans of the books, Ritchson seems to be nailing the portrayal of the titular character, whether it is in terms of looks or characteristics. Compared to Cruise’s rather grim Jack Reacher, Ritchson appears to strike the perfect balance between being nonchalant, gritty, and bold- exactly how the military veteran is depicted in the novels. Check out the trailer below:

Just like the Tom Cruise adaptation, Reacher will see its title character as a former US Army veteran who is now a drifter embracing civilian life. He will be busy exploring the country while carrying only a few essentials. But his peaceful trip takes a turn for the worse when he sets foot in the small town of Margrave, Georgia. He is immediately seen as the suspect for homicide with eye-witnesses surprisingly remember him being at the scene of the crime.

The trailer reveals that while he is striving to clear his name, he will become a freelance investigator of sorts for the police who are desperate to solve the mystery behind the growing number of dead bodies in their previously safe town. Jack Reacher will have to apply his brains and brawn to solve the case, which soon ends up being “a deep-seated” conspiracy. In a chat with Collider earlier this year, Ritchson had hinted that the series is destined to have multiple seasons, with each season depicting a novel in chronological order. Does this mean that Tom Cruise is done playing the cinematic version of Jack Reacher?

That is what it looks like for the time being. While director Christopher McQuarrie was more than willing to make more sequels starring Tom Cruise, he has admitted that “the franchise has moved on.” In a chat with Empire, the filmmaker revealed that had the studio continued making the Jack Reacher films, he had envisioned a future where the franchise would have “really fed into the brutality” of Child’s books.

While McQuarrie’s plans of continuing Tom Cruise’s journey as Jack Reacher are now seemingly impossible, he is still a part of its television adaptation. He is on board as the executive producer of the Jack Reacher series along with Child, Nick Santora, Don Granger, Scott Sullivan, and Christopher McQuarrie. Emmy-nominated writer Santora also serves as the showrunner of the Prime Video series and has penned the first season. 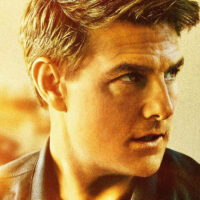 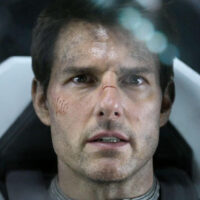 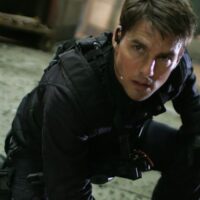