The Simpsons Predicted The Batgirl Cancellation Years Ago

Throughout its three-decade history, The Simpsons has made some very creepy predictions about real-life events. In various episodes, the comedy series saw Richard Branson going into space, Donald Trump’s presidency, Lady Gaga’s Super Bowl performance, Disney’s acquisition of 20th Century Fox, and even the conflict between Russia and Ukraine. Now, the popular animated show seems to have done it again with the cancellation of Warner Bros Batgirl movie.

The lasted prediction occurs in a 2015 episode of The Simpsons called “Treehouse of Horror XXVI.” In a parody of Godzilla, a crazy old Japanese man based on Grampa Simpson is always mocked because he drops a perfect donut into the ocean each day. When asked why he does this, the man says if he doesn’t, a huge sea monster will rise and destroy the entire city. One day, as he is preparing for his donut ritual, he chokes on the toppings and dies.

With nobody to leave the donuts, a sea monster called Homerzilla wakes up and destroys the city. The Simpsons scene then cuts to the present, where executives are watching the film, saying that it’s so bad that it deserves a remake. Two years later, they release Zilla. But it’s a complete failure. So they decide to throw all the merchandising into the ocean, and scrap the underperforming film for insurance purposes.

While The Simpsons’ scenario didn’t unfold exactly the same as Batgirl, the similarities are very uncanny. In August, Warner Bros. Discovery said it was shelving the Leslie Grace vehicle, which had already completed production. The studio reportedly saved $20 million in tax write-offs as a result. The move was part of a larger cost-cutting campaign that has seen numerous shakeups within the media company. Batgirl only received one test screening which was met with positive reviews. It was the only time the general public saw any of the movie’s footage.

Although the clip’s scenario and Batgirl’s real-life isn’t an exact prediction, it is a strong example of how The Simpsons routinely seems to call events long before they happen. However, the show’s cast and producers attribute their track record to the series’ longevity and history repeating itself. Speaking to ComicBook.com, series writer Bill Oakley said there are very few cases where the show predicted something. “Most of these episodes are based on things that happened in the 60s, 70s, or 80s that we knew about,” he told the publication.

Created by Matt Groening in the 1980s, the series is a satirical depiction of American life. Set in the fictional town of Springfield, the story follows The Simpsons family while parodying American culture, society, television, and the human condition. In 1987, the family appeared in a series of sketches on The Tracey Ullman Show for three seasons. The shorts were eventually developed into a half-hour prime time show and became Fox’s first series to land in the Top 30 ratings in its first season. 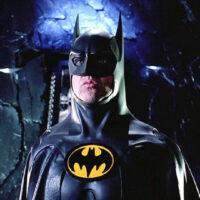