Warner Bros Shot Down A Big Request From Zack Snyder

By Joshua Jones | Published 1 week ago

Despite Zack Snyder being no longer involved with DC projects – other than Teen Titans Go!– his first DCEU project Man of Steel is still causing quite a bit of debate online. Recently, a fan claimed that Snyder fans who didn’t want to hear the original John Williams score for Superman added to Man of Steel “hated Superman and all he stands for.” Man of Steel storyboard artist Jay Olivia responded to the fan by saying that both he and Snyder “loved the [original Superman] theme]” and would’ve loved to have it included in the film but Warner Bros. told them they couldn’t use it.

“If I had heard that then I would have responded that both Zack and I loved that theme but the studio wouldn’t let us use it because they wanted something new for this Superman. It turned out to be a good thing because Hanz’ theme was perfect.”

After Hans Zimmer came on board to Man of Steel, Zack Snyder said that he avoided listening to William’s Superman theme. He said that he knew Zimmer was going to do something “awesome” and didn’t want to “steal” anything from the original score. Days before the release of Man of Steel, Zimmer spoke with CBR about how he tried to approach his vision for Superman with what he had done previously.

Ultimately, the score for Man of Steel turned out great as many fans and critics praised Zimmer’s work on the project. During his interview with CBR, Zimmer called John Williams “the master” and revealed that he came up with the new theme after discussing the story with Zack Snyder. The two spoke about Clark Kent’s loneliness and having to deal with being an alien on a strange planet.

The soundtrack for Zack Snyder’s Man of Steel was released publicly on June 11th, 2013, a few days before the film’s theatrical release in the U.S. Prior to being announced, Zimmer denied rumors of his involvement with the project. The official track listing for the two-CD deluxe edition was revealed in late April.

Zimmer’s Superman theme would appear in Zack Snyder’s follow-up, Batman V. Superman: Dawn of Justice. Zimmer would team with Dutch composer Tom Holkenborg (aka Junkie XL) to compose the theme for Batman. During a 2016 interview with Entertainment Weekly, Zimmer noted that he had trouble scoring Batman V. Superman: Dawn of Justice and later announced his retirement from scoring superhero films.

After his collaboration with Zack Snyder and Junkie XL, Zimmer would go on to work on the score for Christopher Nolan’s World War II epic Dunkirk. Meanwhile, Snyder continued his efforts in the DCEU, directing and producing Warner Bros and DC’s Justice League. The project ran into numerous issues, including director Joss Whedon having to step in for Snyder during reshoots.

As for Zack Snyder’s vision of the DCEU, there is still much doubt about whether fans will see it continue in some shape or form. During a Q&A session at San Diego Comic-Con, legendary comic-book artist Jim Lee was asked whether Snyder would still be involved in DC after the release of Snyder’s Justice League on HBO Max. Lee stated that “there are no plans for additional work on that material,” leaving many Snyder fans disappointed.

While Lee’s comments may’ve closed the door on a return from Zack Snyder, a comment from DCEU insider Syl Abdul paints a different picture. Abdul claimed last month that a new Man of Steel project is in the works with Zack Snyder at the helm. Only time will tell whether the rumors turn out to be true. 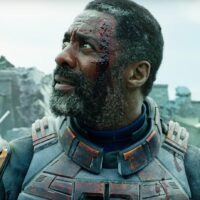 Idris Elba Wants To See Bloodsport Up Against This DC Icon