Trigger warning for hardcore Superman fans — you may not be very happy with The Boys‘ showrunner Eric Kripke in a second. In a recent interview, the man who brought the satirical, no-holds-barred comic book The Boys to screen life on Amazon Prime confirmed he thinks at least one character on the show could absolutely dominate the Man of Steel. And at least one of the ways he thinks the supe might do it is extra painful.

Speaking to the Illuminerdi, Kripke said that he thinks in a one-on-one fight between Superman and Anthony Starr’s Homelander, it’s the latter who is going to fly away victorious. Homelander’s victory, Kripke said, isn’t due to any really good qualities but because, unlike him, “Superman has morals.” He called Homelander “a hardcore sociopath” who “has no problem ripping off Superman’s testicles, like zero.” Superman, on the other hand, would be “punching above the belt,” and so would have no chance. You can see Kripke’s answer and the rest of the interview below.

Reactions from comic book fans have, not surprisingly, not been very positive toward Kripke’s analysis. A quick search on twitter reveals an almost universal angry eye twitch toward Kripke’s opinion, from respectful arguments to rude dismissals, and everything in-between.

The above user, @kennywise3639, makes a good point. From what we’ve seen in Amazon’s adaptation of The Boys, Homelander has rarely been in actual fights. He hardly ever even throws a punch. Nine times out of ten, if Homelander has to “fight” someone, he simply blasts them with his eyebeams and annihilates them without exerting much effort. Sure, he’s less inhibited by morals than Superman, but has he ever faced an opponent who actually might beat him? How would he react to actually needing to work to defeat someone? In the meantime, regardless of which version of Superman you’re talking about, they’ve all faced, and defeated, opponents with similar or greater power levels.

Of course, Kripke had more to say than just speculation about a hypothetical throw-down between Homelander and Superman. Asked about the upcoming season 3 of The Boys, the showrunner revealed a few things about the series’ near future. Kripke confirmed we haven’t completely seen the last of Stormfront (Aya Cash), though he said the version of her we see in season 3 will be a “burnt, stumpy version” owed to her being maimed by Ryan (Cameron Crovetti) in the season 2 finale. He also said that the still disgraced aquatic supe The Deep (Chace Crawford) will be leaving the Church of the Collective behind and will apparently find a new, more effective way to get back in the public’s good graces.

Kripke also talked about how great it was to once again work with Jensen Ackles, who will play Soldier Boy in the upcoming season of The Boys. Kripke and Ackles worked together on Supernatural, but not since season 6 of the dark fantasy drama, which aired between 2010 and 2011. He said he was excited in particular for fans to see the story of Soldier Boy’s old team, Payback, who Kripke calls “The Seven before The Seven.” There is no firm release date yet for season 3 of The Boys, but it is believed to drop sometime in 2022. 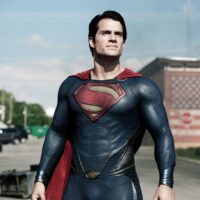 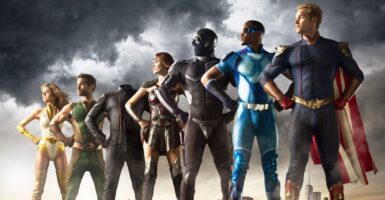 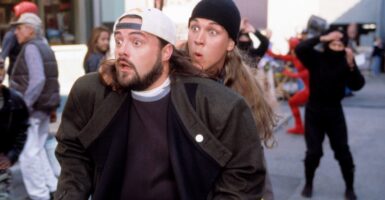 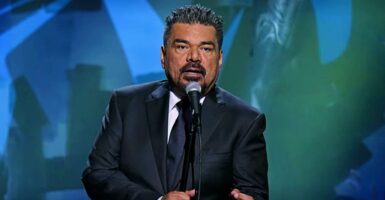