To say DC has gone through some starts and stops with its original arc of films is an understatement. There have already been much-publicized disagreements between the studio and some of the directors about the final cut of movies, so much so that we’ve already seen one basically new flick come out with the Snyder Cut of Justice League. And we could see one again if David Ayer is ever able to release what he believes is his version of Suicide Squad. If we ever get it, we might see an updated story for Margot Robbie’s Harley Quinn.

David Ayer has been pretty vocal that the final version of Suicide Squad that hit the big screen was significantly different than what he originally planned and one of those major changes was the handling of Margot Robbie’s Harley Quinn. Recently, a deleted clip from the movie landed on social media and it gives a different sense of what might have happened between Harley and Jared Leto’s Joker during the film. During the scene in which Joker originally rescues Harley from Task Force X’s “employment”, the two have something of a romantic reunion. But in the updated scene, that vibe is more than a little different. Check it out:

You can see in this version of Suicide Squad, Leto’s Joker isn’t at all happy with the predicament he’s had to get Margot Robbie as Harley Quinn out of. She seems surprised by the reaction considering Harley is obviously so happy to see him. But that’s short-lived with it appeared Joker is more than a little put out at having to rescue her. And as another astute Twitter user points out, this reaction is much more in line with what we hear from Ben Affleck’s Batman during the Knightmare vision he has at the end of the Snyder Cut of the film. In that one, it’s clear that Harley and Joker had a falling out prior to her death.

In this way, the narratives are much more aligned with how things should have originally happened in the Ayer cut of Suicide Squad. If the relationship between Harley Quinn and Joker was already fractured, it makes a lot more sense around why she would have wanted the Clown Prince of Crime to face a slow and painful demise. And it also explains a bit more why Margot Robbie as Harley Quinn wouldn’t be all that bothered with Joker appearing to die in that film. Is it a major change to the film? Maybe not, but this reaction is much more in line with other things we’ve seen from the character after and more in line with the overall arc for how evil/ crazy Joker really is.

It’s unclear if we ever get to see Margot Robbie in the full Ayer cut of Suicide Squad. The director has been more than vocal about his displeasure with the final version of the film, something he thought the studio had too much control over. In the end, the flick did well enough at the box office, scoring almost $750 million dollars. But critics and fans agreed it was mostly a muddled and joyless affair, in stark contrast to what Margot Robbie brought on the big screen with Harley.

But the James Gunn-led The Suicide Squad righted the ship quite a bit with the reboot, fully embracing Margot Robbie as Harley in all her maniacal glory. Here’s to hoping we get more of this version in the future, and are also gifted with the Ayer cut of the original, which clearly is a different kind of film than we ended up seeing. 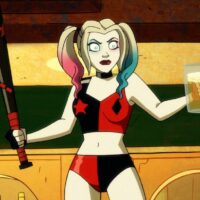 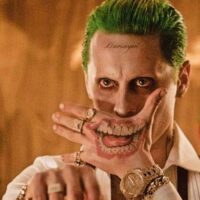