With his recent success, John Cena is showing no indication of slowing down. The wrestler turned actor has been more popular than ever and will now be starring in yet another movie. Cena will be joining Alison Brie in the upcoming action-comedy entitled Freelance. Casting has just been announced, but Slash Film reports that the two will both star in the film.

Freelance is a story about a journalist (Alison Brie) who decides to take on a dictator of an unspecified country for an interview. She is joined by an ex-special forces detail (John Cena) who is acting as her security for the event. Portraying someone involved in the military is familiar territory for Cena. But the casting also capitalizes on his proven ability for comedy. During the interview of the dictator, there is a military coup. The journalist, her security detail, and even the dictator must flee for their lives through the jungle. The film promises to meld both action and comedy.

No further casting information is available as the production is in its early stages of development, but this initial news is promising. Alison Brie and John Cena have both dabbled in comedy as well as drama. She appeared recently in the humorous dark film A Promising Young Woman. The popular Netflix series GLOW had her playing a wrestler, familiar territory for John Cena, making the two a fitting pair for the upcoming project.

In 2020, Alison Brie wrote and produced a film inspired by her own family history (via Vulture). Horse Girl depicted the mental health struggles of its protagonist Sarah, portrayed by Brie, who starts to question her reality. The film had its humorous moments as well as heartbreaking ones. While John Cena has not delved into the art film world, his appearances in large franchises makes him an interesting counterpart in Freelance.

John Cena has found success in comedies such as Blockers, but has had a renaissance in the past year. The actor appeared in the most recent Fast & the Furious film as Dom’s (Vin Diesel) long lost brother. But he truly found his comedic stride as DC’s anti-hero Peacemaker. Cena premiered the role in James Gunn’s The Suicide Squad. The film brought back characters Harley Quinn (Margot Robbie) and Rick Flag (Joel Kinnaman), but mostly replaced its original cast from David Ayer’s ill-fated film (via Variety).

John Cena plays a parody of Captain America in the film. He is an American patriot and would do anything for his country, but his methods are suspect at best. The Suicide Squad showed his willingness to kill innocent people all in the name of his country. Since then, HBO Max has premiered a solo television series featuring Peacemaker, spearheaded by James Gunn. At the conclusion of The Suicide Squad, Peacemaker proved how duplicitous he could be by attempting to engage in a cover up of the American government. Bloodsport (Idris Elba) shoots him in the neck and it seems that is the end of his story. However the caveat at the end of the film is that Amanda Waller (Viola Davis) has her team save his life and recruit him to save the world.

Peacemaker has had mixed reviews, but all in all, John Cena continues to impress with his acting ability. Indie Wire states that the show works on some levels but “loses steam” later on. Even so, there is no doubt that the actor has made a case for himself, especially in what he does best. Action and comedy go hand in hand, making the upcoming Freelance an exciting prospect. 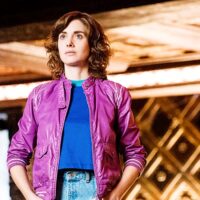 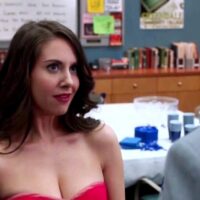