James Gandolfini will forever be cemented in TV history as the complicated mobster Tony Soprano. However, if it wasn’t for some expensive intervention from HBO, he very well could have been remembered as a late-season cast member on The Office.

It seems James Gandolfini couldn’t avoid being a beloved TV character in one form or another as he was eyed by the producers of the beloved NBC sitcom to be the replacement for Steve Carell’s Michael Scott when he departed the show at the end of season seven.

The reveal came during Monday’s episode of the Talking Sopranos podcast in which the creator of the original U.K. version of The Office, Ricky Gervais, sat down with stars Michael Imperioli and Steve Schirripa. The latter noted that James Gandolfini was approached by the network to replace Carell as the Dunder Mifflin branch manager. He estimated that his brother-in-law was offered $4 million for the part. However, he claims HBO shelled out $3 million to get him not to do it.

Gervais inquired whether HBO’s reluctance to let the man who brought Tony Soprano to life become a member of The Office cast had to do with keeping the “legacy” of The Sopranos “pure.” As fans will know, when Carell departed in 2011, the HBO drama had been done for roughly four years. Schirripa noted that was probably part of the reason HBO bribed James Gandolfini to turn down the role, but he also noted that he was working on a project with the company that would become The Night Of, for which James Gandolfini got a posthumous executive producer credit.

Sadly, James Gandolfini died in 2013 of a heart attack while on holiday in Rome. As a result, he’s not around to set the record straight on just what happened to his potential role on The Office. Ultimately the role of Michael Scott’s replacement went to existing Dunder Mifflin employee Andy Bernard, played by Ed Helms. However, James Spader was brought onto the cast as a series regular named Robert California who ended up taking over the CEO position.

According to a report from Den of Geek, NBC didn’t necessarily need to turn to James Gandolfini, James Spader, or Ed Helms at all. The outlet reports that producer Ben Silverman and editor Claire Scanlon appeared on An Oral History of The Office podcast presented by Brian Baumgartner (also known as Kevin Malone from the show), where they made a shocking reveal.

When they signed onto the show in season one, the cast was locked in for an industry-standard seven seasons. Unlike the rest of the cast, Carell, expressed an interest in leaving the show once his contract was up given that projects like The 40-Year-Old Virgin and Date Night had made him a movie star. Thanks to executive changes both on The Office and at NBC, there was no one around who understood what an important cog he was to the show to fight for him. As a result, he was reportedly not approached with offers to renew his contract and the network instead opted to reach out to stars like James Gandolfini to replace him on the show going forward.

Before anyone goes and thinks that Carell got a big head after a few movie roles, most of the cast of The Office, including director and Toby Flenderson actor Paul Lieberstein, previously noted the sheer integrity it took for Carell to ride out his contract when lesser show business types would have tried to break it in order to do more movies. So, in an ironic display of the TV business’ priorities, while the former Daily Show correspondent was turning down money in order to stay on The Office, James Gandolfini was accepting money to avoid appearing on it. 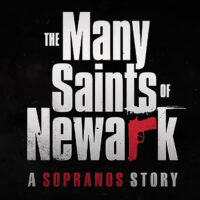