James Franco took a number of years off of acting when it looked like he was going to face a full-blown cancellation. But that appears to be over now and in the next few years, he’s set to star in a number of different movies. This is sometimes the timeline with a Hollywood celebrity who’s faced accusations and backlash over his/ her actions. Take some time off and hope that all of the controversies are washed away by someone else doing something bad which takes over the media cycle. That would appear to be the case now, and Franco has roles lined up and ready to go. One of them will have him playing a communist dictator in a biopic about his daughter.

Deadline has it that James Franco is set to play Fidel Castro in Alina of Cuba which will detail a story about real-life events taking place in Cuba around and after the Communist Revolution there. The movie is about Alina Fernandez, a woman who as a young girl would come to find out that she was the biological daughter of Fidel Castro. The latter had an affair with Alina’s mother, Natalia Revuelta. Fernandez was born in 1956, three years into the Communist Revolution in Cuba, though the fact that Castro was her father was kept hidden from her until she was 11. It looks like Alina of Cuba will detail some of this timeline meaning we could see James Franco as Fidel Castro over a number of different years. Ultimately, Alina became a fierce opponent of Castro and outspoken against communism in general. She eventually defected from Cuba.

Along with James Franco as Fidel Castro and Ana Villafane as Alina, Mia Maestro will play Naty. The movie was penned by Jose Rivera who also wrote The Motorcycle Diaries. That movie followed the road trip taken by Ernesto “Che” Guevara that helped shape some of his political views. He would eventually join Fidel Castro as part of the Cuban Revolution.

As for James Franco, the actor hasn’t been seen on the big or small screen since 2019 when he was in The Deuce on HBO. That’s because he’s faced a number of different sexual misconduct accusations from a number of different women. Among the accusations were that he mistreated young actresses as part of his film school and production company, offering roles with the implication that other things were needed in order to secure parts. Additionally, a number of different people spoke up about his behavior on sets and he had lawsuits filed against him that were eventually settled out of court for large sums.

But now it looks like the tides have turned for James Franco who will take part in a number of different upcoming productions. For starters, he has a role in the long-shuttered The Long Home which features Giancarlo Esposito, Ashton Kutcher, Leila George, and Garret Dillahunt among many others. It’s unclear if it will see the light of day. And he also has a role in Kill the Czar. And he’s also in pre-production on Mace as well as Me, You. So it would seem a Hollywood comeback is happening here for the actor. 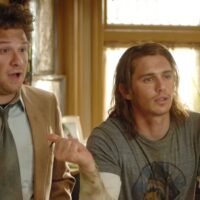 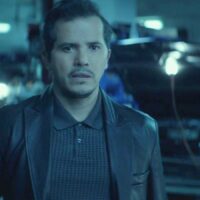 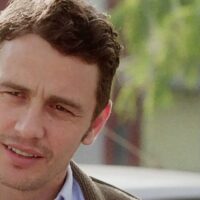