Though it’s been some time since we’ve seen Hilary Swank up on the big screen making award-winning films, she has been plugging away on the small screen and this her latest series has a chance to put her back on the map with its next story. Deadline is reporting that Swank has signed on to star in a new series with an award-winning writer at its helm. Hilary is heading to Alaska in this latest drama on ABC.

The series doesn’t have a title yet, that part still being a work in progress but we do have some solid plot points starting to round out. Apparently, Hilary Swank is playing a reporter who has had to basically make a new life in Alaska after her career was dumpstered following a big mistake on the job. She joins the local Anchorage newspaper as she begins to pick up the pieces of her life. The series is being helmed by Tom McCarthy who won the Academy Award for his writing and directing on Spotlight which also focused on the newspaper business. He also helmed the Matt Damons picture Stillwater from this past summer.

Though it is on network television, which hasn’t been exactly a bastion of award-winning series production over the years because of the proliferation of streaming, the talent involved here gives it hope. While Hilary Swank isn’t at the top of the acting game these days in terms of major projects, she is clearly one of the most talented folks around. And Tom McCarthy has such an impressive resume on the writing and directing side that there is a good chance they were given full reign to operate within this story. McCarthy especially has proven the ability to take on more controversial subjects and handle them with deftness and honesty. It will be interesting to see if that translates to the smaller screen in a show he is running.

Hilary Swank was recently on another series, this one on Netflix, about a trip to Mars as part of a worldwide joint initiative to explore the planet. Away lasted just one season on the streamer after being met with lukewarm reviews (59% on Rotten Tomatoes). Though Netflix can sometimes be fickle around its series orders, the streaming numbers likely told the story with the show not being picked up for a second round.

It’s somewhat easy to forget now, but a couple of decades ago Hilary Swank had one of the more impressive runs on the big screen. First, she won the Academy Award for Best Lead Actress in 1999s Boys Don’t Cry. And then in 2005, she followed that up with another win in Million Dollar Baby. There have been a number of meatier roles since then, though none with the same kind of staying power as those two.

With this latest Untitled Alaska Project now in development, we are sure to get more news coming in around who will join Hilary Swank and Tom McCarthy in the cast and crew. With big names like this attached, it is sure to draw other talents into the mix. 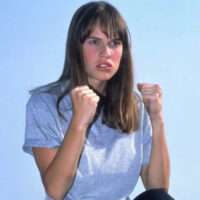