Helena Bonham Carter has never been one to mince words in the past. The acclaimed actress recently made her feelings about Sherlock Holmes known in an interview with Entertainment Weekly, and she was pretty clear about why she was interested in playing a part in the new reimagining, Enola Holmes.

In the interview, Helena Bonham Carter states that “Sherlock himself is quite misogynistic, the original Sherlock.” Carter is referring to the original incarnation of the character by author Sir Arthur Conan Doyle. Her assertion is one worth exploring. It was this viewpoint that led Carter to feel energized by a new take on the character through the story of Enola Holmes, which focuses on Sherlock’s younger sister.

In Enola Holmes, Helena Bonham Carter plays Eudoria Holmes, matriarch to the entire Holmes clan. She raises her daughter, Enola, in ways that would not be considered socially acceptable in the 19th century. By doing so, she has helped Enola hone her own talents and gifts, putting her on an equal playing field with her more famous older brother.

By taking this creative direction, Helena Bonham Carter feels like Enola Holmes is like “a ‘f**k you'” to the traditionally male-dominant interpretations of Sherlock Holmes. And considering what we have heard about the movie, it doesn’t sound like she is pulling this out of thin air. Enola Holmes looks to have exactly that kind of attitude at times in its story.

Frankly, it might not be a bad attitude to have. Helena Bonham Carter has a point when she talks about the outdated worldviews and societal norms of the original Sherlock Holmes. It can be exciting and often necessary to reinterpret these kinds of classics through a modern lens and see what is worth celebrating and what is worth changing in a new way. Sherlock Holmes had a recent revival with the BBC series, but even that show fell victim to criticisms about misogyny.

Was Enola Holmes crafted to solely act as a refutation of problematic parts from the Sherlock Holmes mythos? The movie is based on a series of books by author Nancy Springer, and those books clearly wanted to allow young girls and women to have a protagonist like Sherlock Holmes that was more relatable to its target demographic. In doing so, Springer did somewhat achieve what Helena Bonham Carter is saying.

Regardless of Helena Bonham Carter’s read on the material, it certainly sounds like Enola Holmes is striking a chord. There is already talk about a sequel developing, and the critical response to the film looks to be quite positive. It would seem that Enola Holmes has found an audience that is eager to see a new angle on the Sherlock Holmes universe. It is great to see such enthusiasm for a different take on a storied character.

Whether or not Helena Bonham Carter’s feelings will sway people on watching Enola Holmes remains to be seen. But for now, it sounds like this new riff on an old story is doing exactly what it wanted to. 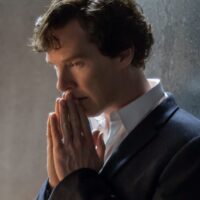 Benedict Cumberbatch On Returning As Sherlock 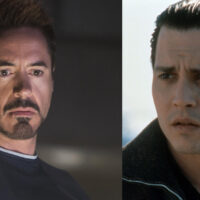 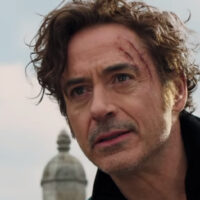