Rachel Zegler is a new face in Hollywood. While audiences aren’t likely to be familiar with her yet, it seems they will quickly become so over the next few years. She has recently been cast as Maria in West Side Story, Snow White for Snow White And The Seven Dwarfs, and as a mystery character in Shazam! Fury of the Gods. Two weeks ago, articles were coming out with lists of DC characters she could be playing for the anticipated sequel. With such major roles in her two other upcoming films, it seemed likely that she would be playing someone important for DC. Now, Helen Mirren has let the cat out of the bag.

During an interview with Associated Press, Helen Mirren was asked whether her character was a villain or a hero in the Shazam! sequel. She said she couldn’t answer that, but confirmed that her character was one of a group of three goddesses, alongside Lucy Liu and–surprise–Rachel Zegler. Then, the actress hopped on Twitter and confirmed Helen Mirren’s comment in the below tweet.

Helen Mirren is set to play Hespera, a daughter of Atlas. She is a sister to Kalypso, played by Lucy Liu. It seems that this news suggests Rachel Zegler is likely also a daughter of Atlas. Helen Mirren didn’t reveal the name of Rachel Zegler’s character, but it seems likely that since they are all three goddesses and the two are related that Zegler is as well. You can see Mirren’s full comment below.

I’m not going to tell you the answer to that. You’re going to have to ascertain for yourself. I’m a member of three goddesses: Lucy Liu as Kalypso and the third goddess played by Rachel Zegler, who will be a huge star in a very short space of time. So there are three of us together, and that was really a great experience because it’s so infrequent that you get to spend a whole of a movie with two other women. So often you’re the only woman in the cast. Here we were a trio, and that was great. I loved it.

While Helen Mirren seems hesitant to call Hespera a villain, that’s how she was introduced when her character was first announced in the press. It sounds like Hespera, Kalypso, and Rachel Zegler’s character will be three goddesses playing the villains opposite Zachary Levi. Interestingly, DC has three characters in the comics called The Kindly Ones. While they were known as witches, they were also characters who were reluctant to label themselves as villains or heroes.

ScreenRant has previously speculated that the three actresses may be playing a group and that based on what is currently known about Helen Mirren and Lucy Liu’s roles, it would make sense that DC has decided to combine The Kindly Ones and the daughters of Atlas to create new characters for the Shazam! sequel. While that isn’t confirmed yet, it sounds like a strong theory, especially now that Rachel Zegler’s role as a member of the trio has been confirmed.

Shazam! Fury Of the Gods releases in theaters on June 2, 2023, so there is a while yet before the trio will be revealed in first look images, let alone in the movie itself. It seems unlikely that the studio meant to reveal this detail about Rachel Zegler’s character so soon, since they seemed to be trying to keep it a secret. However, it’s a fun detail to learn, and hopefully, it will mean that more details, like her character’s name, will soon follow. 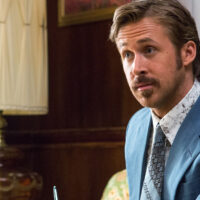