There’s no getting around it: the unexpected passing of Chadwick Boseman changed everything for the Black Panther sequel. There are no story decisions for the Marvel movie that aren’t having to be adjusted now that the actor who played T’Challa has passed away. The story is going to be different than what the writers had envisioned when they made the first one, and that may lead to a lot of surprises for audiences. Thanks to some work from one of our trusted and proven inside sources, we’ve uncovered one of those surprises. Michael B. Jordan will be in Black Panther 2 as Killmonger.

Yes, this will definitely come as a surprise to fans. Those who’ve seen the first Marvel movie may remember that the villain dies at the end of the first film. However, if Michael B. Jordan’s character comes back to life, that will hardly be the first time that’s happened in a Marvel movie. It’s worth noting, though, that we were unable to confirm that Killmonger will actually be resurrected. We know that Michael B. Jordan will play Killmonger in Black Panther 2, but we couldn’t confirm if he will be revived or if he will be in flashback scenes. As far as the story goes, it might actually make more sense if he’s revived.

Killmonger had an intense life that ultimately brought him to Wakanda in Black Panther. As far as villains go, the Michael B. Jordan character was definitely one that audiences could understand. He was fighting for his people. He saw the resources Wakanda has as the way to achieve equality for Black people around the world. He’d suffered and wanted to see a just society. What made him the villain were his methods, but it was easy to understand how he could have seen himself as the hero fighting for a noble cause. When Killmonger died, it felt like T’Challa was sad about it, and audiences felt that, too. His death was unfortunate, and yet inevitable, since he couldn’t let go of his personal goals. It was him or T’Challa in the end. It’s a rare and well-told story that has audiences sad when the villain dies.

Of course, everyone involved is feeling the pressure to make Black Panther 2 as awesome as possible. The first movie was a major success. Bringing Michael B. Jordan back must have been a serious decision on their part. Hopefully, they’ve come up with a story that puts the actor to good use. 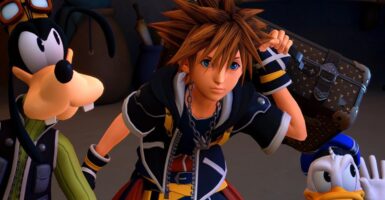