We all make mistakes. Whether it’s careers, relationships, or opportunities we would have liked to have experienced, mistakes just happen. And while Denzel Washington may seem to have it all together as one of the top billed actors in Hollywood, even he has made some mistakes. During a chat alongside Jamie Foxx for a Thrillist “Off Script” interview, Washington reveals that his biggest regret to date was not picking up a role in David Fincher’s Se7en. A dark film about a serial killer, when the legendary actor was approached to join the call sheet, Denzel Washington turned it down because of its heavy material. The part in question? That would be the leading role of Detective David Mills, who fans of the 1995 film will remember as being played by Brad Pitt.

That’s right. Denzel Washington was almost the star of one of Brad Pitt’s best movies–Se7en. In a film that had audiences everywhere screaming, “What’s in the box?!” Brad Pitt and Morgan Freeman starred as two detectives tracking down a serial murderer (Kevin Spacey). Preparing to retire, Detective William Somerset (Freeman) receives the case of his life and teams up with the newly added officer, David Mills (Pitt). Happily married and living the picture perfect life with his wife, Tracy (Gwyneth Paltrow), Mills seems to have everything going for him.

Now with the new case, his career is on an upward trajectory, a point of contention for the married couple as the pregnant Tracy wants to leave the city and start a family. As the detectives work around the clock to solve the murders, they begin to realize that the killer is using the seven deadly sins as a basis for his spree. By the final moments of the film, only two sins are left – envy and wrath. We won’t spoil it for you, but the last piece of the movie is absolute cinema history, throwing in a twist so huge that it went on to spawn one of the most quoted lines of all time. While Brad Pitt said it in the film, we bet that Denzel Washington wished it would’ve been him.

While he wasn’t appearing in Seven during 1995, the year did see three movies come out that starred Denzel Washington. Virtuosity, Crimson Tide, and Devil in a Blue Dress would all drop that year but none would see the success that Se7en did. Known for being a director who loves to work in a little twist during every film, Fincher’s serial killer based piece was no different and certainly added to the clamor surrounding the film. On top of an incredible storyline, the film featured some of the best actors in Hollywood at the time, something else Washington is sure to be a little sore about. On Rotten Tomatoes, Se7en sits at an 82% critics rating with a 95% audience rating, solidifying itself as a fan favorite film.

For many actors, the one that got away would be their complete and total downfall, kicking themselves for not having the chance to let their talents shine in an unforgettable movie. But, for Denzel Washington, it’s really just water off a duck’s back. The actor has had so many incredible roles over the years, including his Academy Award winning performances in Training Day and Glory, that even though he didn’t appear in Se7en, it certainly wasn’t a dealbreaker. And perhaps now, he’s changed his mind on what counts as heavy material, especially as he’s most recently appeared in an adaptation of one of the most well known dark Shakesperian plays of all time, The Tragedy of Macbeth. 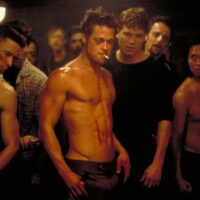