Charlie Cox To Return As Daredevil In A Movie

Charlie Cox may return as Daredevil in Spider-Man 4.

With Charlie Cox’s Daredevil fully reintegrated into the MCU, it’s anybody’s guess where he might pop up next. He’ll be starring in his own Disney+ series with Daredevil: Born Again, but could there be plans to have him reprise the role for an upcoming MCU blockbuster? According to The Cosmic Circus, that movie might just be Spider-Man 4.

Of all the movies where Charlie Cox’s Daredevil could show up again, Spider-Man 4 makes the most sense. After the events of Spider-Man: No Way Home, Peter Parker has been forgotten by the world, he’s on his own paying for a rundown apartment, and he likely won’t be facing multiversal world-ending threats again.

It makes sense that Spider-Man 4 might be a more street-level crime movie, taking Tom Holland’s Spider-Man back to basics and making his threats a little smaller scale, ala his battle against The Vulture in Spider-Man: Homecoming. Charlie Cox already appeared as Matt Murdock/Daredevil in Spider-Man: No Way Home and fans loved that, so why not return to that well? Not only that but there is comic-book precedent for this team-up.

In addition to being a friend of Daredevil in the comics, Spider-Man has also gone up also counts Kingpin as one of his many recurring villains. Perhaps Vincent D’Onofrio’s Kingpin could be the perfect street-level threat to go up against Tom Holland’s newly solo Spidey. Plus, there’s all the history between D’Onofrio’s Kingpin and Charlie Cox’s Daredevil to help make the stakes even higher.

Charlie Cox’s Daredevil: Born Again is set to come out near the end of Marvel’s Phase 5 slate of films. Those who have been keeping up with Marvel news know that there are a lot of empty slots for projects in Marvel’s Phase 6 slate. Spider-Man 4 seems like a natural addition to Phase 6, especially if Spider-Man is going to be a significant part of Avengers: The Kang Dynasty and Avengers: Secret Wars.

With Charlie Cox’s Daredevil: Born Again coming out a decent amount of time before the Avengers movies, bringing the character back for Spider-Man 4 would be a good way to reintroduce him before the Avengers films. It seems likely that Daredevil would show up in these Avengers films as well since he’s such a fan-favorite character. With his appearances in various shows and movies, it does seem like Marvel wants him to be a significant part of the MCU going forward.

As for when we’ll see Charlie Cox’s Daredevil next, it’s been confirmed that he’ll be popping up in the Echo series before his appearance in his own solo TV show. Echo follows Alaqua Cox’s character from Hawkeye. Echo will also reunite Charlie Cox with Vincent D’Onofrio’s Kingpin on-screen for the first time since the Netflix series.

While we wait to see Charlie Cox’s Daredevil pop up in the MCU again, you can catch him in the penultimate episode of the Disney+ series She-Hulk. Daredevil showed up to oppose Tatiana Maslany’s Jen Walters in court before teaming up with her on the streets in a brand-new Daredevil costume. She-Hulk‘s entire first season is now available to stream on Disney+. 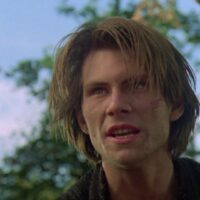 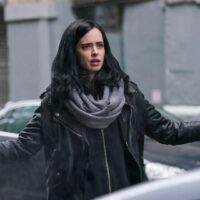