The Marvel universe seems to continually be rife with rumors and slowdowns these days. But, if this rumor is true, Spider-Man fans are going to be more than thrilled as, at this time, it sounds as though there may be a possibility for Spider-Man 4 to swing into theaters by the summer of 2024. With Spider-Man: No Way Home having such a successful run, the current chatter is that the next installment in the story of Peter Parker is actually eyeing a release date in July 2024.

To be more specific, the rumored date for Spider-Man 4 is July 12, 2024, just a few weeks prior to the previously announced Thunderbolts film. If the studios were to play their cards right, Marvel could be really raking in the big bucks by releasing both films around this time. Although it may seem as though Thunderbolts could take a hit at the box office, our guess is that fans would still turn out to support both major features.

If this were true, we’d not only be getting Spider-Man 4 and Thunderbolts over the summer, but we’d be kicking off the festivities with Captain America: New World Order, which is due out on May 3, with Blade and Deadpool 3 bringing up the caboose on September 6 and November 8, respectively. With all the date changes happening at the Marvel headquarters as of late with projects including Blade and Avengers: Secret Wars, there’s a possibility that they’d have time to sneak in a new Spidey flick to make it all work. We dare to dream!

The last installment in the Spider-Man franchise was a total knockout hit, bringing in over $1.9 billion at the global box office. It was such a favorite that it received a re-release in early September titled “The More Fun Stuff” edition which featured 11 minutes of deleted scenes for fans to encircle their webs around. With all this in mind, it would be remiss for Marvel and Sony to not do their best to produce a Spider-Man 4 sooner rather than later.

Last we saw of Peter Parker, he had faced down his biggest tragedies yet with the death of his beloved Aunt May and sacrificing the memory of himself to ensure that those closest to him stayed safe in the future. The last bits of No Way Home were completely heartbreaking and unlike anything we’ve ever seen before in the Tom Holland-led films. It’s with those final moments that we’re even more intrigued about what’s to come in Spider-Man 4.

With Peter now completely on his own, we’re wondering how or if he’ll get his best friend and girlfriend back or if Marvel will go in a completely different direction with the storyline. There was also that post-credit scene that teased the possibility of an Eddie Brock/Venom mashup for the world of Spider-Man sometime in the future, and of course, the multiverse bleed that saw Spider-Mans of yesteryear join in on the fight. It’s with all these unanswered questions and possible plotlines that we’re hoping Marvel and Sony indeed decide to make the rumors true and push Spider-Man 4’s release date up to July 2023. 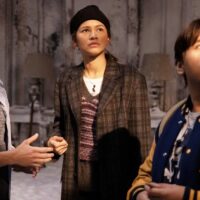 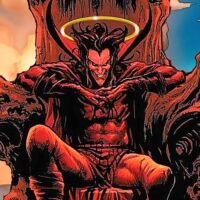 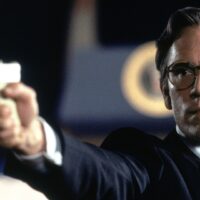