Few movie genres can capture an audience quite like a good old-fashioned thriller. And since their gripping suspense and battle against the odds themes are so flexible, these films can cross over with science fiction, action, or horror. This December, Netflix has added a few thrillers to their catalog. Along with popular films like The Devil All The Time and El Camino: A Breaking Bad Movie, the streamer had also included Looper starring Bruce Willis in their watchlist.

Billed as a science fiction action-thriller, the story revolves around present-day contract killers called loopers. They are hired by criminal syndicates from the future to terminate victims whom they send back through time. Released in 2012, Looper is written and directed by Rian Johnson, and produced by Ram Bergman and James D. Stern. Starring alongside Bruce Willis is Joseph Gordon-Levitt and Emily Blunt.

At its core, the film follows Joe (Joseph Gordon-Levitt), an unconventional efficient hitman who is patiently building up his stash of silver bars. He works for an organized crime syndicate based in the future. They send his targets back in time and Joe kills them. But there’s a deadly catch. He knows that if he survives too long, one day the crime bosses will send his older self back in time so the younger Joe can close the loop by killing himself. When that day finally comes, older Joe (Bruce Willis) manages to escape.

Looper was selected as the opening film at the Toronto International Film Festival in 2012. The film grossed an impressive $20,801,522 in its opening weekend. It also earned a second-place box office ranking. The Bruce Willis starrer received critical acclaim, with a Rotten Tomatoes score of 93%. On Metacritic it scored 84 out of 100, based on 44 critics, indicating universal approval. Audiences polled by the market research firm CinemaScore gave the film a B+ grade on average. Described as thought-provoking as it is thrilling, the movie delivered an uncommonly smart, bravely original blend of futuristic sci-fi and good old-fashioned action.

Looper is filled with the all wild delights you’d expect from a blockbuster movie starring Bruce Willis. Over the years he has cemented his place as one of Hollywood’s most sought-after action stars. Ever since making his small screen debut in the 1980s comedy-drama series Moonlighting opposite Cybill Shepherd, Willis has had an incredible acting career. The 66-year-old has appeared in over 70 films, gaining widespread recognition as an action hero after his portrayal of John McClane in the Die Hard franchise.

For about two decades, Bruce Willis was one of the biggest movies stars in the world starring in blockbuster hits including Armageddon, Pulp Fiction, The Fifth Element, The Sixth Sense, and The Whole Nine Yards. Although his star has faded over the years, due to his roles in various direct-to-video action films, Willis is still a cinematic icon. His roles in M. Night Shyamalan’s Glass in 2019, Eli Roth’s Death Wish remake in 2018, and Sin City: A Dame to Kill For in 2014 are a testament to his acting ability.

But even with his enviable success, Bruce Willis still has some professional regrets regarding two movie roles he passed on. The actor made the revelation during a 2007 Q&A with Ain’t It Cool News. His first regret is passing on the opportunity to play Sam Wheat in 1990’s Ghost, a character that was made famous by Patrick Swayze. The second is opting to skip playing David “Moose” Caravaggio in 1996’s The English Patient. The role eventually went to Willem Dafoe.

Interestingly, there are a few other starring roles Bruce Willis has passed on. This includes parts in movies like Training Day, Man on Fire, Ocean’s Eleven, and Get Shorty. Although these films, regardless of their success, don’t seem to bother the action star as much.

Bruce Willis can currently be seen starring alongside Jamie King in Out of Death, an American crime thriller film directed by Mike Burns. The story follows retired police officer Jack Harris, who has to protect his niece and an innocent woman from corrupt cops after the woman took a video of a policeman killing a drug dealer. The film premiered in the theatres and on-demand on July 16, 2021. 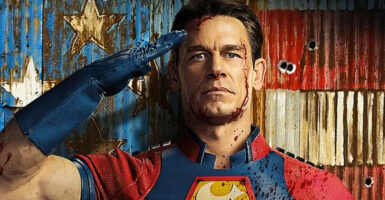 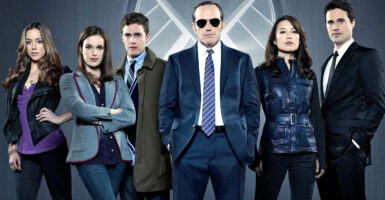 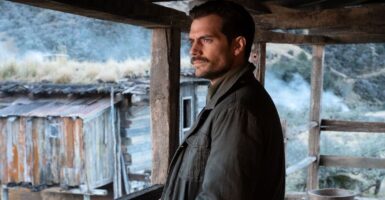