The Marvel Cinematic Universe could have been shaken out of recognition and cast a little more different than what was set in stone during the first three phases that were orchestrated since the late 2000s and early 2010s. The Infinity Saga — which is comprised of every title starting with Iron Man (2008) and concluding with Avengers: Endgame (2019) –brought to life Marvel Comics’ most iconic characters, including Dr. Stephen Strange played by Benedict Cumberbatch. Before being designated as the Sorcerer Supreme in the MCU, however, Cumberbatch was almost given a villainous role in a less-popular Marvel movie.

Before Marvel Studios cast Benedict Cumberbatch as Doctor Strange, he was approached with the possibility of playing Malekith, the leader of the Dark Elves, the primary antagonist in Thor: The Dark World. The role was instead given to Doctor Who alum Christopher Eccleston in 2012, and the casting was announced shortly before the film began to shoot. As we now know, even though Cumberbatch lost out on playing a Thor villain, Marvel Studios kept him on their radar for a much better role.

“Benedict had always been the top choice because of all the things he had been doing,” Marvel Studios president Kevin Feige said about Benedict Cumberbatch’s invitation to participate in the MCU. “We were excited to meet with him. We thought, ‘He would probably be a pretty good Strange, but let’s not mention that right away. Let’s just meet him, see what he wants to do,'” The interest in bringing Cumberbatch into the fold followed his role of Khan in Star Trek Into Darkness. With the arrival of 2016’s Doctor Strange premiered in 2016, and Benedict Cumberbatch became the bearer of the Cloak of Levitation and the Eye of Agamotto.

Since his introduction into the MCU, Benedict Cumberbatch’s Doctor Strange has been no stranger to crossing over and teaming up with other heroes, villains, and those who strike the moral ground of the in-between, even if he didn’t satisfy fan expectations by making a cameo or appearance in WandaVision. The Sorcerer Supreme made a brief appearance in 2017’s Thor: Ragnarok and played a pivotal role in both Avengers: Infinity War and Endgame. Strange will also team up with the eponymous webhead in the upcoming Spider-Man: No Way Home.

Next year’s sequel Doctor Strange in the Multiverse of Madness brings about the return of former Marvel director Sam Raimi, who previously helmed Tobey Maguire’s Spider-Man trilogy in the infant years of the 2000s. The Sorcerer Supreme’s sequel is allegedly Marvel’s first horror movie and will follow the events of WandaVision and No Way Home. Much like any other Marvel movie, the details of the plot are kept hidden from the public, prompting an plenty of rumors to heighten expectations of the movie without there being any confirmation from the studio behind it all. There have been allegations that Rachel McAdams will make her MCU debut as Clea, Maguire will reprise his role as Peter “Spider-Man” Parker, and that the X-Men will come out to play once again. Soon enough we’ll know if there’s something to these stories, or if they’re just rumors. Doctor Strange in the Multiverse of Madness casts a spell over theaters on May 6, 2022. 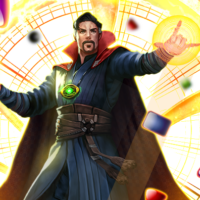 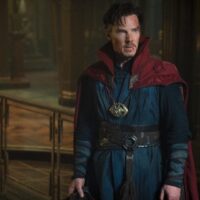 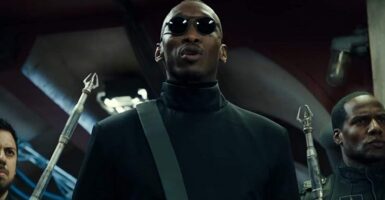