Anya Taylor-Joy is fresh off a stint as a chess grand champion, taking the world by storm in her most recent limited series for Netflix and becoming one of the stars of the fall. So that’s had folks begin to dream of her in different roles. And though it’s quite different than sitting down at a chessboard and mapping out a strategy to move pieces around, being a superhero does have its own plotting, scheming, and one-on-one fighting mechanics. Plus she’s just awesome which is why it’s cool to think about her in different roles. One of those include possibly seeming Anyan Taylor-Joy as the new Batgirl.

With a Batgirl movie in the works through Warner Bros and set to join the DC Extended Universe in some fashion, it’s no wonder folks are beginning to think big things for the character. It’s what’s led to other A-list celebrity what-ifs around the character. Anya Taylor-Joy s the latest to join the mix. Check out what Twitter user @dellark came up with:

The first thing that stands out with Anya Taylor-Joy in the outfit is the red hair. The character has seen a number of iterations over the years, either between the Batgirl or Batwoman moniker but the hair color has remained fairly static throughout. Sometimes the fiery red locks are simply a wig to help disguise her true identity though sometimes it’s actually the natural color. Whatever the machination, this has become a calling card for Batgirl through the years and possibly why recently we also got a chance to see some fan art on Emma Stone in the role.

Besides just the physical resemblance to the Barbara Gordon character in this respect, having Anya Taylor-Joy in the role of Batgirl would be a massive addition to the DC Extended Universe as they begin building out their movie list and character stable. It’s been a long time coming and they are still significantly behind Marvel in this respect. But Batgirl is set to join a number of other characters entering the ranks including Supergirl, Green Lantern (a lot of them), Zatanna, Static Shock in the distant future with Black Adam, and The Flash getting solo movies in the shorter term. There are rumors Batgirl could first make an appearance in that latter film.

As for the actual movie, the idea has been kicking around for years now though has been slow to get into development. Joss Whedon was originally attached to direct and produce but he’s been removed from consideration following some untoward allegations about his on-set behavior in The Justice League and other shows. Supposedly now Christina Hodson (Bumblebee, Birds of Prey) is writing the script. But that was put out years ago and there’s been little follow-up. But the recent influx of Batgirl speculation is what’s leading to stars like Anya Taylor-Joy being thought of in the role.

As for Anya Taylor-Joy, following her career turning and unbelievable role as Beth Harmon in Netflix’s The Queen’s Gambit, the star is on the rise. She is in post-production on Last Night in Soho and The Northman. Plus, she’s set to star in the Mad Max prequel film Furiosa. So the actress is plenty busy. But maybe she’d like to through a superhero on her resume as well. 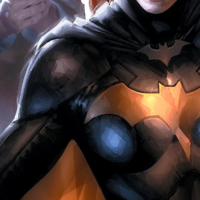 The Batgirl Movie: All You Need To Know 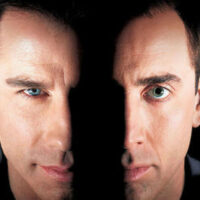