Matthew McConaughey can be considered a lot of things: an actor, a writer, a spokesperson, a musician. So we know the dude has a decent amount of range. But an elected official? That one seems like a stretch even for a guy we’ve seen do quite a bit in his decades-long career. Maybe it’s not so crazy though. In a recent interview, the actor suggested that he had considered the possibility of one day running for office of some type.

As a native Texan, Matthew McConaughey suggested that he could one day think about entering the political arena. As part of the interview, he said that while he considers the current state of politics in America to be “broken” that he would be interested in the possibility if “politics” redefined its purpose.” That’s a broad brush to paint over the whole idea about running for office, and would likely require some monumental shift in our political discourse. But he didn’t dismiss the idea outright.

And look, in 2020 the sitting President entered the political scene on the heels of a corny (but very popular) reality show. And the wheels of democracy can sometimes more mirror a dark comedy rather than an actual functional government. With these things in mind, a guy like Matthew McConaughey winning an election doesn’t feel all that out of bounds. If we consider elections (both national and local) to often just be popularity contests anyway, the actor would have a big leg up on the competition.

Matthew McConaughey recently released a memoir telling, in sometimes all too specific detail about his family’s, um, relationships. The book, Greenlights, earned generally strong reviews on GoodReads, and reinforced the idea that the actor is a likable and fairly grounded celebrity. Sure, the stories were wild but were also genuine. By all accounts, the actor is a relatable guy. Sometimes, in politics, that’s as good a starting point as any.

But if Matthew McConaughey were to run for office, maybe even as Governor of Texas, his opponents might point to some of his past indiscretions. In fact, the first question might be around a 1999 incident that saw the actor arrested for playing the bongos naked while high. It was in his own home but does point to some questionable decision making. Maybe he laughs it off, or maybe it would turn voters in a different direction. Additionally, how would constituents see McConaughey’s multiple roles involving pervasive drug use? Again, these are just acting gigs, but when running for office, anything is fair game.

In all, it doesn’t appear Matthew McConaughey will put his name on a ballot anytime soon. But conversations like the one he had in the interview are sometimes where the wheels really start spinning. After all, it isn’t like celebrities haven’t made these shifts in the past. Heck, the once Governor of California was the freaking Terminator for Pete’s sake. Could that mean Dazed and Confused’s Wooderson one day sits in the big chair in Texas? It’s not all that far fetched a possibility. Governor Matthew McConaughey? All right, all right, all right. 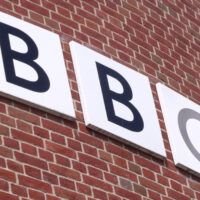 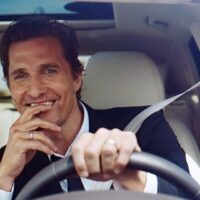