Johnny Depp has had a rough few months. From his ex-wife Amber Heard’s numerous allegations of abuse to that libel suit he lost last November, Depp can’t seem to catch a break. Now, his stress continues after a criminal broke into his house and helped himself to the actor’s liquor.

According to TMZ, the intruder, a homeless man seen fleeing a neighbor’s backyard earlier in the day, took a shower and poured himself a drink in Johnny Depp’s Hollywood Hills home. The outlet said that the police booked the man for felony vandalism because he reportedly kicked the door in.

Johnny Depp and Amber Heard finalized their divorce back in 2017, but the legal battle between the two has not stopped. And the ramifications have been significant for Depp.

In 2020, Warner Bros. fired Johnny Depp from Fantastic Beasts 3 and promptly replaced him with Danish actor Mads Mikkelsen. His final performance as the Dark wizard Gellert Grindelwald was in 2018’s Fantastic Beasts and Where To Find Them: The Crimes of Grindelwald. He played the film’s main villain, turning in a reasonably fun performance that promised a ton but delivered little.

Circling back to the crime in question: This is not even the first time this year that Johnny Depp’s home has been robbed. In January, a female burglar reportedly broke into his house and was quickly arrested.

Johnny Depp’s career is suffering because of the recent accusations and allegations leveled against him, which is a shame because he has starred in some genuinely memorable films. In addition to his aforementioned role as Grindelwald, Depp is also known for playing Captain Jack Sparrow in the rocky—but entertaining—Pirates of the Caribbean franchise, as well as Ed Wood in Tim Burton’s 1994 classic Ed Wood, Sweeney Todd in Sweeney Todd: The Demon Barber of Fleet Street, Rango in Rango, Russell Poole in City of Lies, and numerous other roles in films big and small.

His 2020 firing from the Potterverse may have marked the end of his blockbuster career. It is tragic, but we do not have all the details on what happened between him and Amber Heard. There are people on the other side who say that Heard’s allegations are false and have presented their evidence supporting their claims. Heard still has a career and Johnny Depp may not, which, depending on your feelings about this, could say a lot about who has the higher ground morally.

Now, after what has surely been a taxing year or so, Johnny Depp is dealing with intruders who want his booze and his stuff. It is certainly a lot for anyone to deal with, and hopefully the number of people raiding his home drops to zero. Could these crimes be related to Depp’s souring reputation? It is impossible to say one way or the other (they probably aren’t), but one thing is clear: his house seems to have attracted a lot of unwanted attention in recent months. 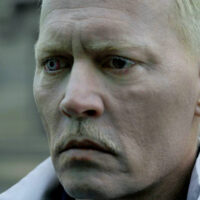