By Kristi Eckert | 4 mins ago

Brad Pitt and Angelina Jolie’s relationship has been the talk of Tinseltown many times over the years, whether it be for their past humanitarian endeavors, their roles as parents to their six children, or their eventual divorce after, by Hollywood standards, a lengthy marriage. Now, according to Variety, Angelina Jolie opened up about a perpetual point of contention that she had with Brad Pitt during the course of their marriage. She revealed that she was always hurt that Brad Pitt had worked with ex-producer and convicted rapist Harvey Weinstein.

Angelina Jolie’s feelings towards her ex-husband Brad Pitt came to light in a Zoom interview that she did with The Guardian. The interview began not as an interview at all but simply as a reporter watching the actress interact with a group of four young philanthropists through video chat. The Guardian’s journalist first took notice of how invested Angelina Jolie was in what the young people had to speak about and how impressed she was with what they had all accomplished at such young ages. She noted how inspired by and how deeply she valued those young people’s lives.

The reporter’s observations segued into Angelina Jolie speaking about the book she co-authored with child rights lawyer Geraldine Van Bueren titled Know Your Rights. Angelina Jolie and her collaborators developed the book so that children around the world would be able to use it as a tool to advocate and educate themselves about the innate existence of basic human rights and how they could go about enacting and preserving them.

Eventually, the conversation led to the award-winning actress opening up about her personal experience with Harvey Weinstein and how she felt about her husband, Brad Pitt, working with him. Angelina Jolie detailed that Harvey Weinstein had attempted to sexually assault her when she was working on the movie Playing By Heart in 1998. She said that she has previously thought of it as just a very bad experience because she had been able to avoid the actual assault, but came to realize that, “…the attempt and the experience of the attempt is the assault.”

Apparently, Brad Pitt knew how she felt about Weinstein but still went on to work on films that had his name attached to it, including Tarantino’s extraordinarily successful Inglorious Bastards (2009) and his very own project, Killing Them Softly (2012). Angelina Jolie admitted that they fought about it, that she was hurt, and that she purposely avoided going to any promotional events for projects that involved any part of Weinstein or his company.

Angelina Jolie’s candid revelation comes just after the actress has decided to embrace social media, and, unsurprisingly, she is using her presence to spread awareness about serious social and societal issues. Her first Instagram post aimed to educate the populous about the events currently taking place in Afghanistan and included the heart-wrenching words written by a young Afghan girl. Apart from her humanitarian efforts, fans of the actress’ cinematic endeavors can now take a look at recently revealed costume images from Angelina Jolie’s upcoming Eternals title. 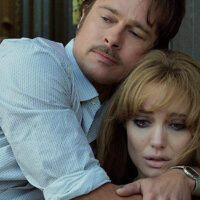