Star Trek 3 is rumored to be opening during the summer of 2016 to coincide with the 50th anniversary of the Star Trek TV series, which began in 1966. If Paramount Pictures, Bad Robot, and Skydance Productions are looking to hit that rumored release date, they better start looking for a new director to fill J.J. Abrams’ shoes. Since Abrams has jumped ship to direct Star Wars: Episode VII, Paramount wants to inject new life in the Star Trek reboot series.

According to Deadline, Paramount Pictures is interested in hiring British director Joe Cornish to take the helm of Star Trek 3. Although Cornish has only directed one movie, the sci-fi adventure Attack the Block, his visual style and clever direction would work well in a new Star Trek movie.

Just to be clear, the movie studio and Skydance Productions are only interested in hiring Cornish for the job, it’s not official yet. At the moment, Cornish is signed on to direct the film adaptation of Neal Stephenson’s classic 1992 novel Snow Crash, which would also be for Paramount Pictures. Considering that Snow Crash has yet to start production, it’s unclear if Cornish would do both films or have to drop out of one to direct another.

Cornish surprised genre fans in 2011 with the sci-fi adventure Attack the Block, which follows a group of kids trying to stop an alien invasion in the middle of a British housing project. The film was a throwback to kid adventure movies of the ’80s such as Goonies and The Monster Squad. In Attack the Block, Cornish showed amazing promise as a director with a quick-paced and tight genre movie. Attack the Block was also my #1 movie of 2011.

A few months ago, Latino Review was reporting that director Jon Chu was in consideration for the Star Trek 3 G.I. Joe: Retaliation for Paramount Pictures, and was behind the best two movies in the Step Up film series, Step Up 2: The Streets and Step Up 3D. Other directors on Paramount’s shortlist were allegedly Brad Bird (Mission: Impossible – Ghost Protocol), Justin Lin (Fast & Furious franchise), and Rupert Wyatt (Rise of the Planet of the Apes). It’s unclear if any of these directors are still in the running or not, but it’s something to consider.

There are no solid leads as to what Star Trek 3‘s plot might involve, but Into Darkness co-writer Damon Lindelof has teased that Trek 3 might involve a conflict with the Klingons. 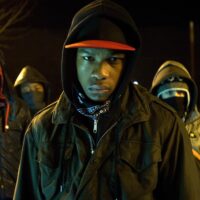 Attack The Block 2 Still Happening, Here’s Where The John Boyega Sequel Is At